Manager of the Cyrus of Persia Scholarship Fund

Mateo Mohammad Farzaneh is an associate professor of history at Northeastern Illinois University. He is an expert in Iranian history and in addition to Iranian history he teaches a wide range of courses about the Middle East and the Islamic civilization. Dr. Farzaneh was appointed as the Principal of the Mossadegh Initiative in 2017 and as such he stewards the Mossadegh Servant Leaders Scholarships at Northeastern. He developed the concept of the Cyrus of Persia Scholarship after close consultation with major prospective donors and University leadership, and then raised the funds for its first full ride scholarship, the Farzaneh Family Cyrus of Persia Scholarship (Mohammad and Jalal Farzaneh of Oklahoma). 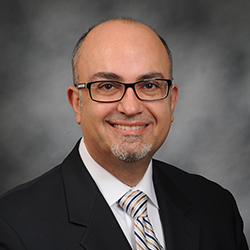