Who was Cyrus the Great? 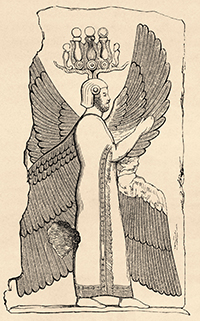 Cyrus the Persian king (590-529 BC) is considered by many to be an exemplary case of a benevolent conqueror as he allowed his subjects to live and worship the same way as before his political reign over them. When his father, Cambyses I, died, Cyrus expanded the Achaemenid dynasty and turned the Persian empire into a sizable entity over a contiguous stretch of land from the shores of the Mediterranean to the foothills of the Himalayas in India. Cyrus is remembered in history because of his political philosophy of tolerance and respect toward non-Persians and his demonstration of mercy on his defeated foe.

After establishing his empire, Cyrus allowed all subjects to participate in governance. He borrowed the good deeds of other cultures in the first sign of his commitment to diversity through culture. He set the Jews free from their Babylonian Captivity that had taken place decades before. Cyrus facilitated their return to the promised land and he became a notable figure in the Jewish scripture as a savior who helped them build the Second Temple in Jerusalem.

Many decades later, the Greek historian Xenophon celebrated Cyrus because “he honored his subjects and cared for them as if they were his own children and they, on their part, revered Cyrus as a father,” in his Cyropaedia. Many people don’t know that Cyrus's notoriety did not stop with the Greeks. One of America’s founding fathers, Thomas Jefferson, owned not one but two copies of Xenophon's book.

A replica of Cyrus’s charter known as the Cyrus Cylinder is displayed at the United Nations in New York. In 1879, British archeologists unearthed this ancient artefact written in Babylonian cuneiform. Cyrus had carved his policies that became part of his legacy that became revolutionary ideas that the world today still tries to emulate.

Regardless of one’s perspective on faith, politics, or economic systems, Cyrus the Great is memorialized in every positive way by Persians across the world. Northeastern Illinois University honors his legacy.