Symposium on Genocide and Human Rights

The 6th Annual Symposium on Genocide and Human Rights Research in Africa and the Diaspora will take place from 9 a.m. to 5 p.m. Tuesday, Nov. 5, in Student Union 103 (Golden Eagles Room) on the Main Campus. Free and open to the public, the symposium is titled "Prevention and Repair" and will feature keynote speaker Dr. Jermaine McCalpin from New Jersey City University, who will deliver "Dignifying Suffering: Reparations and Restorative Justice in Deeply Divided Societies." Dr. McCalpin is scheduled to speak at noon. 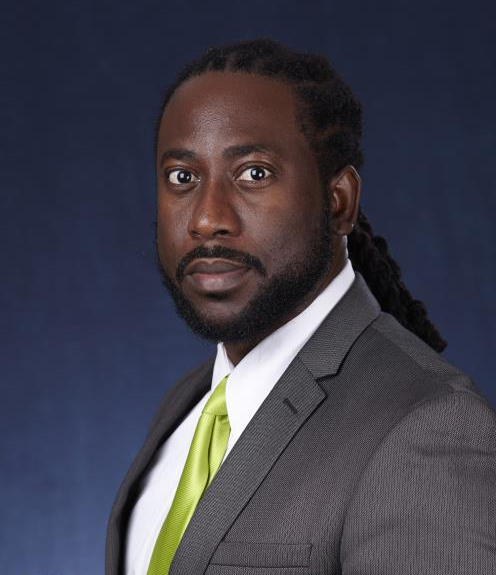 Dr. Jermaine McCalpin is currently Chair of the African and African-American Studies Program at New Jersey City University. He received his B.Sc. in Political Science and International Relations and M.Sc. from the University of the West Indies, Mona. He earned his M.A. and Ph.D. in Political Science from Brown University. Dr. McCalpin is an internationally recognized expert and consultant on transitional justice, genocides and reparations. He has traveled to South Africa, Cambodia, Armenia and across the United States and Canada researching and presenting on the Armenian genocide, the transatlantic trade in Africans and reparations, truth commissions and issues of justice.

Dr. McCalpin specializes in Africana political philosophy, Caribbean political thought, and transitional justice. His research interests include truth commissions, commissions of enquiry and political accountability, reparations for historic injustice such as slavery, Native American and Armenian genocides. McCalpin has written on the South African Truth and Reconciliation Commission and its development of a restorative justice approach to South Africa’s transitional justice issues as well as the moral justification for reparations for slavery and the Armenian Genocide.

Dr. McCalpin is one of the authors of the landmark Armenian Genocide Reparations Study Group’s Report titled “Resolution with Justice,” he was lead author of Part 7 of the Report. He focuses on and examines the ethical and moral dimensions and desirability of reparations for genocides. His most recent publications are the co-edited volume (2018) Caribbean Reasonings: Rupert Lewis and the Black Intellectual Tradition and the Thought of Gordon K. Lewis (with Brian Meeks) 2015, the Grenadian Truth and Reconciliation Commission in the Journal of Social and Economic Studies September 2013, reparations for slavery in the Americas in“The Armenian Review, Spring 2013 and on the Haitian Truth Commission in The Global South, Spring 2012.

Genocides, more than any other societal trauma, removes the humanity and dignity of those who died. The suffering of descendants and survivors often results in a replaying of the acts of genocide. In this talk I argue that until reparations and restorative justice models are engaged and enacted, the genocide persists.

It is only through these two mechanisms of justice (reparations and restorative justice) that genocides are adequately addressed. In this talk I will appropriate the idea of reparations as far more expansive than just monetary compensation. Reparations is taken to mean acts or series of acts that are aimed at redress and repair with the expressed aim of restoring the dignity of victims, survivors and their progeny. Restorative justice is the image of justice that concerns itself with enacting accountability for the historic suffering of genocide without a focus on retribution. I will use the Rwandan genocide as a way of understanding the importance of holistically addressing the past and laying foundations for non-repetition of genocides.