Profiles of Directors and Coordinator 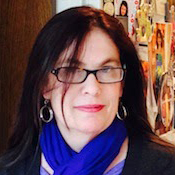 Dr. R. B. Church (Psychology) is a Bernard Brommel Distinguished Research Professor of Psychology and serves as the Program Co-principal Investigator with Dr. Emina Stojković (Biology), and Dr. Joseph Hibdon Jr. (Mathematics). Dr. Church is professor emerita at Northeastern Illinois University (NEIU), which serves an extremely diverse student population composed largely of minorities and first generation college students, and is a Hispanic Serving Institution. She has been an active faculty member in the Department of Psychology since 1990, received tenure, was promoted to full professor and was recently appointed professor emerita at NEIU. Also, Dr. Church has demonstrated continued commitment to the development and implementation of programs that address the needs of underrepresented minorities throughout her academic career. She has been very active in a number of University committees that focused on academic curriculum, student life, and University academic assessment. She was on the Non-traditional Degree advisory committee, the steering committee of the General Education task Force, and on the advisory committee for the Student Center of Scientific Engagement. She also served as a faculty mentor for the Title I grant designed to address the academic needs of Hispanic students. In addition, she has been a PI for a CDC funded grant that implemented and examined the effects of high risk behavior interventions for children of one of the most impoverished housing projects in Chicago and a PI for a number of Spencer Foundation Small grants evaluating the effects of math instruction in middle school-aged children in both public and private schools in the city of Chicago. She has also conducted seminars in “The Development of Talent” at a largely minority public high school in Chicago as part of her commitment to begin reaching out to underrepresented youth early in their academic careers. For the past 6 years, she has been a Co-PI on two grants (IES and NSF) that examine the role of gesture in mathematics education. She was also a representative to the Illinois Partners for Diversity, a consortium of administrative leaders and distinguished faculty from six institutions of higher education in Illinois with the aim to enhance opportunities particularly for students of underrepresented backgrounds to enter graduate education in Illinois. 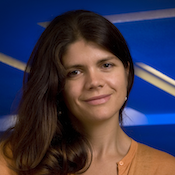 Dr. Stojković is a Bernard J. Brommel Distinguished Research Professor of Biology with an expertise in Biochemistry and Molecular Biology at Northeastern Illinois University (NEIU). She has been serving as an advisor for majors in the pre-health professions, and developed numerous research collaborations with faculty from other departments and institutions. Her track record of engaging students in research activities resulted in peer-reviewed publications and multiple student travel and presentation awards at national conferences. Her students have been admitted to highly-ranked PhD programs in Biochemistry, Biophysics, Microbiology and Pathology. Four of her former students received NSF doctoral fellowships. Dr. Stojković holds the main technical role of the project. She works on ensuring the necessary access and modernization of the laboratories and of the computer facilities. Dr. Stojković also oversees the recruitment of MARC trainees and pre-trainees. She also supervises the modification of NEIU coursework, teaching, and skills development of NEIU students. Dr. Stojković works with the faculty from the Departments of Biology and Chemistry to support and implement the proposed curriculum and program changes. 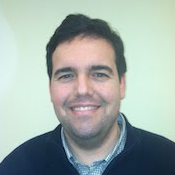 Joseph E. Hibdon, Jr. (Luiseño), Ph.D., is a descendent of the Rincon Band of Luiseño Mission Indians. Through the support of his family, Joseph received his bachelor’s degree in Mathematics with a minor in Chemistry from the College of the Holy Cross in Worcester, Massachusetts. From there, he went on to receive his Ph.D. in Applied Mathematics from Northwestern University in Evanston, Illinois, where he studied fluid mechanics of non-premixed flames. In 2011, Joseph joined the NEIU community as the physical science advisor for the Student Center for Science Engagement; eventually joining the mathematics department as an assistant professor in 2013. In 2019 Joseph was awarded tenure and promoted to associate professor. Joseph has done research with many undergraduate and graduate students in the math department, with many of them presenting the research and then going on to careers both related and unrelated to mathematics. His current research interests are in fluid mechanics, dynamical systems, biological modeling, and math education. Joseph’s role in the grant is to oversee the curriculum of MARC scholars and to support faculty mentors in working with a diverse student population. To support institutionalization of the MARC grant, Joseph is the math minor advisor and has developed curriculum not only for MARC scholars but for all NEIU students. 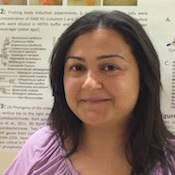 Dorina has been with the MARC program since April 2015 and handles the day-to-day logistics of running the program, serving as a liaison between MARC scholars, faculty members, and administrators. Dorina also holds a Bachelor’s and a Master’s degree in Biology from NEIU.