Pakistan ambassador to U.S. to speak at Northeastern

The talk, titled “Celebrating 70 years of Pakistan-U.S. Friendship,” will take place from 2:30-3:30 p.m. in the Golden Eagles room on the Main Campus, 3701 W. Bryn Mawr Ave. in Chicago. The talk, which is free and open to the public, will conclude with a question-and-answer session moderated by Political Science Chair Marshall Thompson.

Chaudhry has served as Pakistan’s ambassador to the United States since March. He previously has worked on international affairs with the United Nations, and has worked on behalf of his country in the Netherlands, Iran, Qatar, Egypt and elsewhere.

Chaudhry earned a master’s degree in International Relations from Tufts University in Massachusetts and a First Class First Bachelor of Science from Punjab University in Lahore, Pakistan. 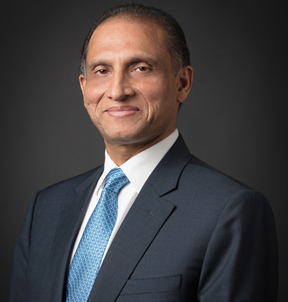