Noteworthy at Northeastern: See you in 2019!

That’s it, folks! Another calendar year is in the books at Northeastern Illinois University. We’ve got a look back at Commencement, news of two high-profile grants and more in the year’s final edition of Noteworthy at Northeastern.

Northeastern alumnus Billy Ocasio told his personal story of perseverance as he encouraged the graduates to dream big during the University’s Commencement ceremony. “I don’t know your personal stories, but I’m sure that you each have had to face challenges, major disappointments or setbacks, but I also know that you are here today because you are overcomers,” he told the graduates. “What you do next is what truly sets you apart. You are part of a great legacy and tradition here at NEIU. It’s important that you don’t become complacent with this degree. You must continue to dream big.” Be sure to also check out photos from Commencement.

The National Endowment for the Humanities has awarded two grants involving Northeastern. A $100,000 grant will support the development of a Kurdish language and cultural studies program and will be led by Jeanine Ntihirageza, a TESOL professor and director of Northeastern’s Multilingual Learning Center. Another grant, for $60,000, was awarded to Associate Professor of History and Latino/Latin American Studies Christina Bueno in support of her book project, “Excavating Identity: Archaeology in Revolutionary Mexico, 1910–1940.” 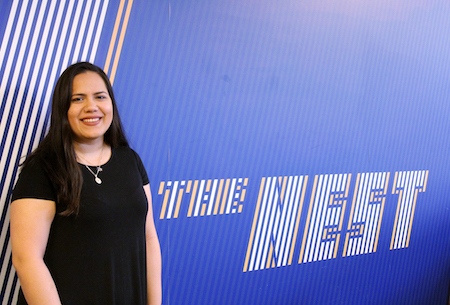 Northeastern student Isabel Vargas has been awarded the national Student Staff Member of the Year Award by American Campus Communities. Vargas was one of six RAs at The Nest, Northeastern’s student housing facility, before a recent promotion to assistant resident director. She has been a staff member since 2016, when the building opened. Vargas is a Biology major in her senior year at Northeastern. She plans to graduate in May 2019 and pursue a master’s degree to become a physician’s assistant.

“Comcast Newsmakers” invited Ensemble Español Executive Director Jorge Perez to appear on the show to talk about the dance company that has been in residence at Northeastern for more than 40 years. “We are truly Chicago’s very own international jewel,” Perez said. He reported that Ensemble Español is only $68,000 shy of its fundraising goal to complete a matching grant with the Caerus Foundation worth $1.5 million. 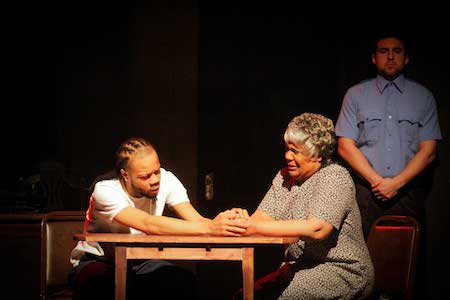 Happy holidays, everyone! We'll be sharing our best stories of the year on Facebook and Twitter during the winter break. Look for #NEIU2018 and take a look back at another year of excellence at Northeastern Illinois University. See you in 2019!