Noteworthy at Northeastern: Season of giving

Thanksgiving weekend is almost here, which means Giving Tuesday is on the horizon. Read about this year’s Giving Tuesday fundraising efforts, a new tuition program to assist residents of Puerto Rico and more in this week’s edition of Noteworthy at Northeastern.

Over the past three years, Giving Tuesday has become a touchstone of Northeastern’s fundraising endeavors, and the impact of this one day of giving is felt year-round. Last year’s effort raised a Northeastern Giving Tuesday record of more than $18,000 toward scholarships and learning environments. The University community is encouraged to help spread the word about this year’s push on Nov. 28 by wearing blue and gold spirit colors. Read more about Giving Tuesday at Northeastern, or donate now!

Northeastern has announced that it will charge in-state tuition to students who are residents of Puerto Rico for a two-year period beginning Jan. 1, 2018, and ending Dec. 31, 2019. This decision comes after Hurricane Maria devastated the island in September, leaving most residents without power or water and forcing the closure of many colleges and universities in Puerto Rico. “Many Puerto Ricans have sought refuge from the terrible aftermath of Hurricane Maria with family and friends in Chicago,” Interim President Richard Helldobler said. “It is our duty as a public institution of higher education to ensure these students are able to begin or continue their studies during the duration of their stay in Chicago.”

Northeastern’s 2017 Student Laureate, Physics and Mathematics double major Cesar Bustos, was honored by The Lincoln Academy of Illinois during a ceremony at the Old State Capitol State Historic Site on Nov. 11. The academy posted a video that shows Gov. Bruce Rauner presenting Bustos with a medal during the Student Laureate Convocation.

History Professor Patrick Miller has returned from an academic trek to Berlin, Germany, where he took part in forums on North American Studies at two of the country’s leading universities. He contributed to a colloquium series on Histories of Resistance at the John F. Kennedy Institute/Freie University with a lecture titled “From Charleston to Charlottesville: The Politics of Popular Memory and Public History.” As a series co-editor for the University of Notre Dame Press—“The African American Intellectual Heritage”—Miller also participated in a professional development roundtable on publishing at the PostGraduateForum of the German Association for American Studies (DGfA/GAAS) at Humboldt University.

Chicago Tribune columnist John Kass quoted Educational Inquiry and Curriculum Studies Instructor Robert Starks in his piece marking the anniversary of Harold Washington’s death. “What’s sad about it all is that we had the power,” Starks told Kass about black political power in Chicago. “We fought for it for decades, fought the machine; and then, after he died, we fought among ourselves and handed it right back. We just gave it away. That’s what’s sad.”

Stage Center Theatre will debut “No Child” on Nov. 30. An exploration of the New York City public school system, the play is an insightful, hilarious and touching master class not to be missed by anyone who is concerned about the state of our education system. The play will run through Dec. 9.

The Ruth Page Civic Ballet’s popular re-creation of the holiday classic “The Nutcracker” returns to Northeastern for two performances per day on Dec. 2 and Dec. 3. 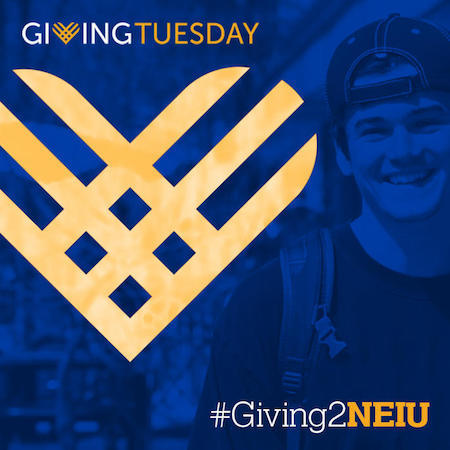 Giving Tuesday is coming! Join classmates, colleagues and alumni on campus and around the world by sharing your memories, stories and photos on Facebook, Twitter and Instagram. Use the hashtag #Giving2NEIU and let everyone know what you love most about Northeastern.