As an institution committed to diversity, Northeastern Illinois University celebrated last week’s Supreme Court ruling on gay marriage. We’ve got more on Northeastern’s celebration, plus a new video of El Centro and news that one of our most successful alums will make a high-profile visit to campus later this month.

The LGBTQA Resource Center and the Angelina Pedroso Center for Diversity and Intercultural Affairs hosted a Marriage Equality Celebration on June 30 to celebrate the Supreme Court decision to legalize gay marriage in all 50 states. “Northeastern Illinois University applauds this historic advancement and celebrates this ruling on behalf of our nation and our University,” President Sharon Hahs said in an email to the Northeastern community the day before. “By guaranteeing the right of all couples to form a marriage union, the Supreme Court case affirmed the dignity of all people.”

Northeastern has unveiled the second in a series of three new videos promoting the University. Shot with a drone camera, the videos provide a unique perspective on Northeastern and the city of Chicago. The second video covers El Centro. A video of the Main Campus was released last week, and a video of the Carruthers Center will be released next week.

Tannika Moore is excited to help students on their path toward success beyond high school. “I didn’t initially see myself teaching kids in this capacity, but I am so grateful that I get a chance to do so,” she said. “It’s so rewarding.” Moore teaches students how to become academically prepared for success in their future careers and educational pursuits in her role as project coordinator at Northeastern Illinois University’s Center for College Access and Success. Read the story and watch the video. 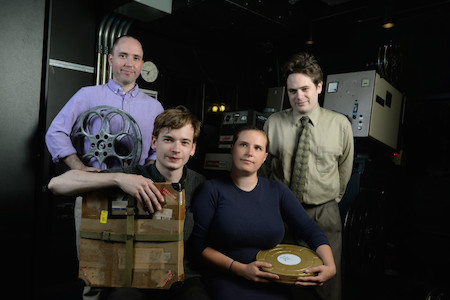 Northeastern’s new partnership with the Northwest Chicago Film Society launched with a full house on July 1. The debut screening was previewed by the Chicago Reader, Chicago Tribune, Cine-File and TimeOut Chicago.

The Chicago Tribune featured personal trainer Cheri Stefanelli Bouska (B.A. ’12 Interdisciplinary Studies), who led warmups at the Avon 39 The Walk To End Breast Cancer. "Life is hard. There are lots of hard pieces, which include physical challenges,” she said. “I want to help my clients feel better and be stronger to help support that part and be able to focus on the rest of what life has to offer.”

Northeastern alumnus and U.S. Rep. Luis Gutierrez will attend a Deferred Action for Parental Accountability (DAPA) information session at Northeastern on July 11. The event is free and open to the public. Gutierrez will provide an overview of DAPA and updates on the pending court case.

This Fourth of July weekend we celebrate our country's independence, as well as its diversity. We're all from somewhere, and the Office of International Programs welcomes students from everywhere, and offers native students the chance to see the world as they study abroad. Like their Facebook page and share it with your far-flung friends who are interested in attending school in the U.S.