Congratulations to 16 newly tenured members of the Northeastern Illinois University faculty! We’ve got the details and bios to mark the accomplishment, plus news on a new faculty book, a new video of the Main Campus and much more!

Northeastern has awarded tenure and promotions to associate professor to 16 members of the faculty, who were introduced during the June 18 Board of Trustees meeting at El Centro. “I congratulate the newest members of our faculty to earn tenure,” Provost and Vice President for Academic Affairs Richard J. Helldobler said.

Northeastern has unveiled the first in a series of three new videos promoting the University. Shot with a drone camera, the videos provide a unique perspective on Northeastern and the city of Chicago. The first video covers the Main Campus. Videos of El Centro and the Carruthers Center will be released in the coming weeks.

The Department of Justice Studies joined more than 100 national and international rights groups in co-signing a joint statement calling on the United Nations Human Rights Council calling for accountability for the CIA torture program. Human Rights Watch named Northeastern when reporting on the story. 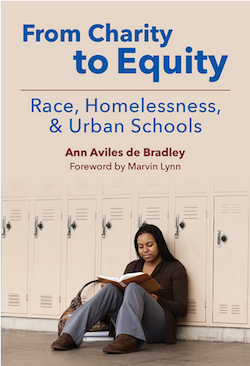 Assistant Professor of Educational Inquiry and Curriculum Studies Ann Aviles de Bradley has released a book about what individuals can do in an effort to address and reduce housing instability and homelessness among school-age youth. “From Charity to Equity: Race, Homelessness and Urban Schools” is published by Teachers College Press.

By Illinois law, all state university property will become smoke-free beginning July 1. Find more details on what that means for Northeastern’s locations.

The Chicago Tribune, the Sun-Times and the Chicago Stage Standard all raved about Ensemble Español’s “Flamenco Passion” performances in the 39th American Spanish Dance & Music Festival.

Roll out the red carpet

On July 1, the Department of Communication, Media and Theatre will launch its partnership with the Northwest Chicago Film Society that makes Northeastern the institutional home for the NWCFS screenings of 35mm film prints. The series begins with a 7 p.m. screening of the 1930 film “Follow Thru.” Film scholar David Pierce will introduce the screening and sign copies of his new book, “The Dawn of Technicolor.”

While it may seem like an eternity from now, the start of the fall semester will be here before we know it. Departments from across Northeastern Illinois University will come together June 30 to host "One Stop Enrollment Express," to help students prepare.

Tee it up for charity

The invitations are out! The NEIU Foundation will host the 43rd Annual Chuck Kane Golf Event at Chevy Chase Country Club in Wheeling on Monday, Aug. 17. You are invited to register and/or sponsor the event. Proceeds benefit the Chuck Kane Memorial Scholarship Fund.

Here we are, now entertain us! Add flavor to your summer by attending any or all of Northeastern's event options. The Arts at NEIU rounds up what's on offer, from theater and concerts to art gallery exhibitions and film screenings. Follow the Facebook page and make the arts a part of the season's fun.