Noteworthy at Northeastern: On the March

Don’t look now, but Commencement is only nine weeks away! As the clock ticks on the spring semester, the activity around Northeastern Illinois University is heating up. Check out this week’s news on Northeastern’s most recent awards, an upcoming job fair and a campaign to ensure students take advantage of their tax breaks.

The Illinois Latino Council on Higher Education has selected Northeastern to host the 2015 conference on April 24. This year’s theme is “A New Era in Higher Education: The Latino Effect.” More than 300 Latino students, faculty and staff from around the state are expected to attend.

Teaching English as a Second Language Professor Theodora Helene Bofman won the 2015 Elliot Judd Outstanding Teacher Award at the Illinois Teachers of English to Speakers of Other Languages - Bilingual Education Convention on Feb. 27-28 in Naperville. “Perhaps Dr. Bofman's most singular achievement is her outstanding teaching and mentoring of our field’s newest members,” the announcement said.

The University has created a neighbors website for those who live in the main campus area that features news and information about Northeastern that is relevant to the community. On Monday, the site was updated with the news that Northeastern's first residence hall will be built just south of the parking facility and is expected to be completed by fall 2016. 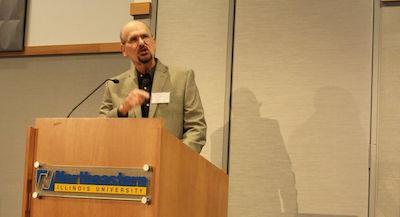 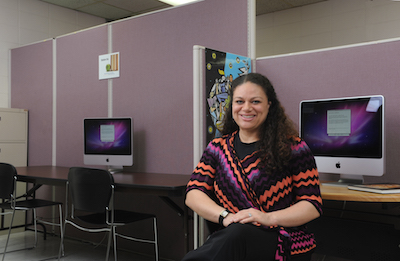 Ann Aviles de Bradley, assistant professor of Educational Inquiry and Curriculum Studies, was the latest faculty member featured in Northeastern’s partnership with The Mash, the Chicago Tribune’s weekly publication for teens. Aviles de Bradley answered questions about succeeding without the guidance of parents and whether good grades in high school translate to good grades in college. 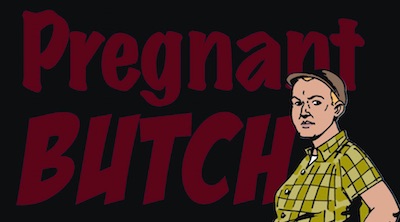 As a part of the Visiting Writers Series, graphic novelists A.K. Summers, Nicole Georges and Phoebe Gloeckner will engage in a panel discussion about their individual work as well as the medium of graphic narratives. University of Chicago professor and expert on comics and graphic narratives Hillary Chute will moderate the discussion. The Windy City Times published an interview with Summers to preview the event.

Northeastern will host a College of Business and Management Job and Internship Fair on Wednesday, March. 11. The free event, which will draw about 50 employers, is scheduled from noon-3 p.m. in Alumni Hall.

Chicago Afro-Latin Jazz Ensemble (CALJE), one of the most present forces in the Latin jazz scene, will perform in the Auditorium on Saturday, March 14. The ensemble has performed with some of the world’s most respected artists, including Grammy Award winners Howard Levy and Brian Lynch.

Northeastern joined Rep. Danny K. Davis’ social media publicity campaign to encourage eligible students and families to take the education tax breaks for which they qualify. The #TaxBreaks4Students campaign during the week of March 2 was intended to increase awareness about education tax breaks and encourage students to check out IRS resources to determine whether they qualify.