Here we go! Another academic year has begun—and this time with a new residence hall. Kick of the Fall 2016 semester with the latest from The Nest, the College of Business and Management and more!

The first big party of the fall semester is coming on Sept. 16-17! Northeastern is pulling out all the stops for a weekend packed with live music, outdoor games and inflatables, kids activities, lots of food and drink, and even a fancy gala. Check out the full two-day schedule!

Pursuit of the Highest Education

John Gomez does not settle and will not settle—even after he earns his bachelor’s degree. “Ever since I was little, the one thing I have always wanted to do—which I know is kind of odd—is that I’ve always wanted to go to college,” said Gomez, who naturally is a member of the University Honors Program. “I really value education. I think it’s so important for people to be educated—not necessarily just to get a job but just to better yourself.” On track to graduate in 2017, Gomez already is thinking about pursuing an M.B.A., and possibly a Ph.D. Read his inspirational story. 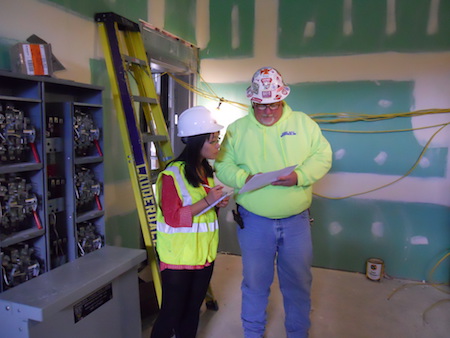 Before it was a place to study, The Nest was a place to be studied. That was the determination of Business Instructor Patrick Delaney when he saw the construction site in Fall 2015. Delaney had just begun teaching an undergraduate Operations Management class, his first at Northeastern, when he invited the project superintendent to come speak about the project control system used for the construction tasks. Kevin Voda, the general superintendent with Weis Builders, was happy to oblige—and then took it a step further with a very special offer.

The 2016-17 season of the Jewel Box Series is approaching! The season kicks off Sept. 16 with Germán López, a timple player from Gran Canaria, an island making up an archipelago off the coast of Africa.