Noteworthy at Northeastern: Here we grow!

The Pedroso Center is about to get bigger! Find out what’s in the works for the Center and around Northeastern Illinois University in this week’s roundup of news and events. 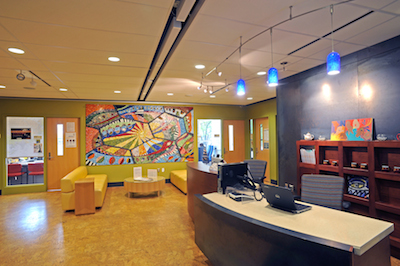 Northeastern will host a groundbreaking ceremony for the expansion of the Angelina Pedroso Center for Diversity and Intercultural Affairs on Monday, Nov. 24. The center is growing to include the Women’s Resource Center and LGBTQA Resource Center, which currently are housed in separate offices. The project also will create additional programing space for students, a gender-inclusive restroom and a lactation room.

Vice President for Institutional Advancement Melba Rodriguez received the Diamond Award on Nov. 11 at Delta Tau Lambda Sorority’s Salute to Latinas Fuerza de la Mujer reception. The award is given annually to “an empowering Latina who inspires, encourages and mentors others to achieve their dreams.”

The intersection of Bryn Mawr and Kimball will be closed to traffic in both directions starting on Saturday, Nov. 15. Drivers should look for detour signs, which will be posted along Kimball. The current detour route for northbound Kimball is Foster to Kedzie; southbound Kimball drivers should take Peterson to Jersey/Kedzie. The No. 82 Kimball bus will also follow this detour route. 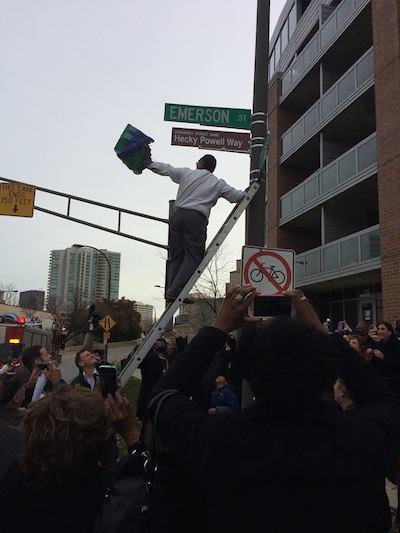 As part of Northeastern’s new partnership with The Mash, the Chicago Tribune’s newspaper for teens, Assistant Professor of Social Work Francisco X. Gaytan became the second faculty member to answer questions from readers in an “Ask Me Anything” column.

Educational Leadership and Development Assistant Professor Gabriel Cortez was quoted by Diverse: Issues In Higher Education in a story about efforts to reform urban education. “It’s exciting to see people who are doing similar work and who are committed to cultural relevant pedagogy,” he said.

Northeastern alum Maria Rivera wrote a column for Huffington Post about youth homelessness in Chicago. Rivera appears in the new documentary “The Homestretch,” which will screen at the main campus on Nov. 18.

Philosophy instructor Josef Ben Levi will appear Nov. 20 in the DuSable Museum of African American History’s Missing Pages Lecture Series. His lecture, which was mentioned in N’Digo, is “The Ancient African Kingdom of Kush.”

Career paths in the U.S. Department of Agriculture will be profiled on Thursday, Nov. 20, in the Student Union. A panel of USDA professionals representing various agencies from specialty crop inspection to risk management to natural resource conservation will be highlighted from 12:15-1:30 p.m. in Golden Eagles, followed by a Career Fair from 1:30-4 p.m.