Noteworthy at Northeastern: An Emmy Award

You can now count another Emmy Award winner among Northeastern Illinois University’s alumni. Read about PJ Randhawa’s award for investigative reporting, the next Jewel Box Series event and much more in this week’s edition of Noteworthy at Northeastern.

In the midst of growing profit in the pharmaceutical industry and growth in the number of medical prescription errors in recent years, television reporter PJ Randhawa decided to take a closer look at the reason why. Randhawa’s report, published in April 2018, found stressed-out pharmacists who were facing pressure to fill prescriptions quickly or risk losing their jobs. The result: Many patients were receiving wrong—sometimes life-threatening—medications. For her investigative work, the Northeastern alumna earned a Health and Science Mid-America Emmy Award. Read about Randhawa’s journey from Northeastern to award-winning TV journalist.

Jackie Taylor’s Anti-Racism Drama Series debuted Jan. 17 at Northeastern Illinois University with “National Anthem,” a dramatic one-act play that speaks to the controversy surrounding professional athletes and their right to peacefully protest. The series continues with performances at 7:30 p.m. Jan. 18 and 5 p.m. Jan. 19. In the play, a star college athlete and pro prospect must decide whether or not to make a political stand in light of the possible consequences to his professional career. Tickets are free for all students, regardless of which school they attend. Tickets are also free for Northeastern employees and alumni by calling the Welcome Desk or picking up tickets at the box office the night of the show. 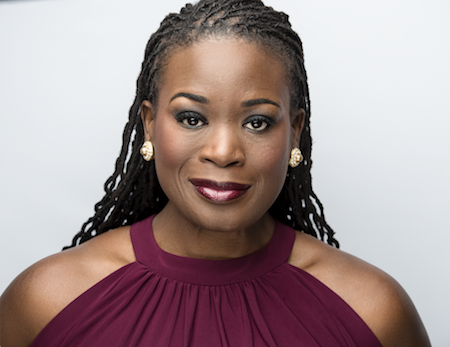 ‘Narrative of a Slave Woman’

LaToya Lain (pictured above) and Casey Robards will perform “Narrative of a Slave Woman: Songs of Suffering, Hope and Freedom” as part of the Jewel Box Series at 7:30 p.m. Jan. 18 in the Recital Hall. Lain’s rich soprano voice has afforded her the opportunity to perform throughout the United States and internationally. Robards is a pianist and vocal coach known for her versatility, sensitive musicality and expert collaborative skill.

The Department of Communication, Media and Theatre and the Office of Community and Professional Education will present Nuevas Voces: A Ten-Minute Play Festival and Contest in Stage Center Theatre on Jan. 25-26. We thank all contestants for their play submissions. There were many wonderful plays to judge in this year's submission pool, and it was a delight to read them all. Directed by Nathon Santana, Teatro Vista Ensemble member, the winning plays will be performed Jan. 25 at 7:30 p.m. and Jan. 26 at 2 p.m. and 7:30 p.m.

From the Jewel Box Series to theater performances, follow The Arts at NEIU on Facebook to stay up to date on all of Northeastern’s cultural events!