Noteworthy at Northeastern: Congratulations, Class of 2019!

It’s that time of year again! Northeastern Illinois University will celebrate the latest class of graduating students during Commencement on Sunday. For those who can’t be there, the event will be streamed live at neiu.edu. Read about faculty emeriti awards, student honors and more in this week’s edition of Noteworthy at Northeastern. 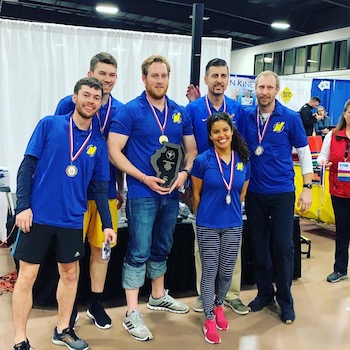 Ensemble Español Spanish Dance Theater, in residence at Northeastern, will perform its annual Holiday Concert/Concierto Navideño at 7:30 p.m. Saturday, Dec. 14, and 3 p.m. Sunday, Dec. 15, in the Auditorium. Featuring the full company, youth company and guest artist Jose Barrios, the performance will include favorites from the company’s repertoire including Dame Libby Komaiko’s “La Era Romantica” and an excerpt from the critically acclaimed “Mar de Fuego.” Tickets are $20, $25 and $30 at the NEIU box office. NEIU faculty, students and staff receive a $5 discount with valid ID.