Noteworthy at Northeastern: Another No. 1 ranking!

Northeastern Illinois University has earned another No. 1 ranking from The Wall Street Journal/Times Higher Education, a faculty member published research on a popular social media platform, and a staff member received an appointment from Gov. JB Pritzker! Get all of those stories, plus find out about Northeastern’s connections to some of Chicago’s Most Powerful Latinos, as selected by Crain’s Chicago Business, in this week’s edition of Noteworthy at Northeastern.

For the fourth year in a row, Northeastern is ranked No. 1 in the category of Environment among all Midwest colleges and universities by The Wall Street Journal/Times Higher Education College Ranking. Nationally, Northeastern is tied for 19th. Environment is calculated using a mix of data on international students, student diversity, student inclusion and staff diversity. Northeastern has ranked in the top 25 nationally each of the past four years of this survey. Additionally, The Chronicle of Higher Education ranked Northeastern second in the nation among four-year public institutions for diversity among managers.

Despite its portrayal as a network that “champions free speech,” users of the social media platform Gab display more extreme social hierarchy and elitism when compared to Twitter users, according to a new study published in the September edition of the online journal First Monday. The study was conducted by researchers from George Washington University, Northeastern Illinois University and Johns Hopkins University. “Unfortunately, Gab’s stated mission of totally free speech creates an environment in which significant hateful and divisive rhetoric flourishes and paradoxically impedes debate,” Associate Professor of Political Science William Adler said. “As a platform, it ultimately promotes the kind of hate which culminated in the shooting at a Pittsburgh synagogue in October 2018 shortly after the shooter posted on Gab.” 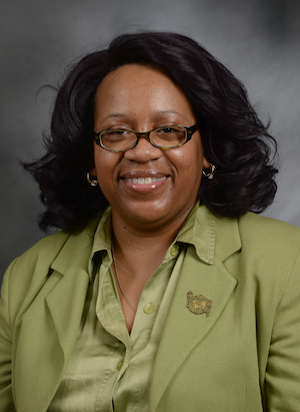 Gov. JB Pritzker has named Maureen Amos, Northeastern’s Executive Director of Financial Aid, Scholarship and Student Employment, to the Illinois Student Assistance Commission (ISAC). ISAC’s mission is to make higher education more accessible and affordable for Illinois students and has a goal of increasing the number of adults in the state with a postsecondary credential to 60 percent by 2025.

Four individuals with connections to Northeastern appear on the Chicago’s Most Powerful Latinos list published by Crain’s Chicago Business. Crain’s describes them as Latinos “who have helped make Chicago what it is, and who will be instrumental in determining the city's future.” The individuals with connections to Northeastern are:

The Chicago Crusader published a column by Professor Emeritus and former Director of the Carruthers Center Conrad Worrill about the anniversary of the center’s founding. “It is important that we become experts on the trends and developments of the inner city,” Worrill wrote. “For those who are interested in pursuing an academic career that deals with the problems and prospects of the inner city from an African Centered perspective, take advantage of this ‘Academic Goldmine.’”

Make sure you’re up to date on all of Northeastern’s news. Follow El Centro and the Carruthers Center on Facebook!