After an extensive national search, Northeastern Illinois University has named Kimberley Buster-Williams as its new Vice President for Enrollment Management. She will start on Jan. 3.

Buster-Williams comes to Northeastern from the University of Mary Washington (UMW), where she is currently serving as Vice President for Enrollment Management. During her tenure at Mary Washington, Buster-Williams created the university’s first strategic enrollment management plan and modernized operations with the full implementation of UMW’s first customer relationship management tool, first predictive modeling tool, and the first document imaging software in undergraduate and graduate admissions. Under her leadership, the percentage of students of color at Mary Washington grew from 23 percent in 2014 to 30 percent in 2021. In addition, UMW enrolled its largest first-year class in history, and saw a significant increase in its incoming first-year academic profile.

Buster-Williams has had a noteworthy impact on the enrollment management profession as it relates to researching and chronicling the history of higher education from a Strategic Enrollment Management (SEM) perspective. She is the author of the recently published book “History of American Higher Education A to Z: A Primer for Enrollment Managers.” Buster-Williams also serves as the Assistant Director of AACRAO’s SEM Endorsement Program. 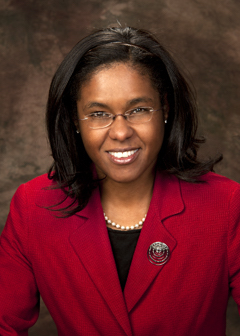