Tacoronte began his musical studies at the age of 6 and by age 10 was receiving his first formal classical guitar lessons with Rosario Castro at the Conservatory of Guanabacoa. By age 20, Tacoronte was working with the Spanish Ballet of Cuba and the Aires Flamenco Company playing flamenco guitar, composing, arranging and serving as music director.

In addition to performances in the main concert halls and theaters of his native Cuba, Tacoronte has given concerts in Spain, Morocco, France, the Dominican Republic, Peru and Mexico. He has twice been a featured artist at the Leo Brouwer International Festival of Chamber Music and at other important festivals including the International Guitar Festival of Lima, Peru, Festival International of Guitar Winterthur, and Guitar Days in Valencia, Spain.

This performance is presented as a part of the Jewel Box Series, an eight-concert professional performing arts series presented by Northeastern Illinois University’s Office of Cultural Events. 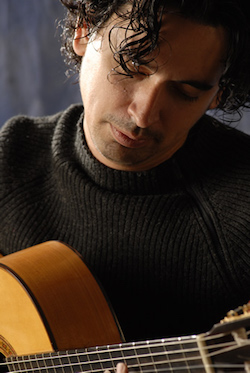