Flutist Hideko Amano was born in Japan and came to the United States at the age of 12. She studied flute under Ms. Susan Levitin, and soon won many young artist competition awards. Her performance debut occurred in 1990 at Symphony Center, where she performed as a soloist for Chaminade’s Concertino for Flute and Orchestra.

Ms. Amano earned a bachelor’s degree in music from the New England Conservatory of Music in Boston, where she studied under the prominent flutist Ms. Paula Robison. She gave a joint performance with Ms. Robison in a concert series for the New York Metropolitan Museum of Art. She continued her musical education in Paris, France, studying with Mathieu Dufour, who was the principal flutist for the Chicago Symphony Orchestra. While studying in Paris, she also performed in many international Chamber Music Festivals and concerts in Italy, England, Israel and Morocco. She has continued her career as an active recitalist and has performed on the WFMT 98.7 Monday Evening Series and Dame Myra Hess Concert Series at Cultural Center. In 2018, she was invited to the International Flute Festival in Lima, Peru, as their guest artist to perform with the orchestra, giving recitals and masterclasses.

In addition to her performing career, Ms. Amano also maintains a growing private studio. Her students have won numerous competitions and studied at major universities. Ms. Amano was also an adjunct professor of flute at DePaul University. Currently she serves as an adjunct professor at Carthage College, Harper College and is an instructor at Midwest Young Artists. 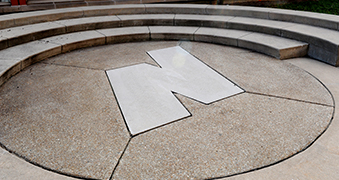 Hit your highest notes. Work with respected and experienced musicians to develop your own musical performance abilities.