Making a dream a special-needs reality

When Angie Craft married in 2006, she became stepmom to an autistic boy named James. “I was scared to death,” said Craft, a social worker. “I had spent much of my working life with people who have mental illnesses and addiction problems, but I’d never been around nonverbal people before.”

That fear didn’t last very long. For a year and a half, James had been spending time in the after-school program at Dream of Hopes Ranch, a center for adolescents and adults with disabilities located in Austin, Texas. That’s where Craft met the founder, Laura Stock, and learned all about her stepson.

“Laura taught me what I needed to know about James and how to work with people with intellectual and developmental disabilities,” Craft said. “Now I’m a parent who teaches other parents.”

Craft’s story is a common one among the individuals and families who come into contact with Stock, a Chicago native and Northeastern Illinois University graduate who moved to Texas in the early 1990s and founded Dream of Hopes Ranch in 2000.

Now almost two decades later, the ranch serves as a 3,000-squre-foot second home to more than 50 families in the Austin area. Since it was founded, Dream of Hopes Ranch has provided about 200 adolescents and adults with learning and intellectual disabilities—or “ranchers,” as Stock likes to say—a safe and supportive space to learn life skills, play sports and socialize.

“Dream of Hopes Ranch gives these adults a place to go,” Stock said. “A lot of special-needs adults have physical issues or anxiety issues or obsessive-compulsive disorder issues that prevent them from being out in the public for a long time. My program gives the ability to have a place to go to be with other peers and to keep learning.”

Dream of Hopes Ranch is a nonprofit that is run entirely by volunteers from area high schools and colleges—as many as 100 over the past 17 years, Stock estimates. 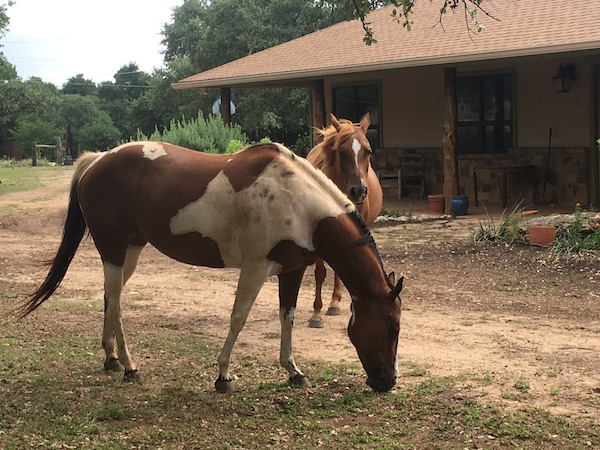 While Stock describes the daily activities of Dream of Hopes Ranch matter-of-factly, seemingly routine social experiences such as birthday parties, bowling outings and swimming lessons make a big difference to the ranchers and their families.

“It’s hard to explain how important this group is to my son,” said Dianne Doggett, whose 19-year-old son, Augie, has been a rancher for more than a decade. “It’s like a family to him—and to me.”

Augie competes in two Special Olympics Texas swim meets each year with the assistance of Dream of Hopes Ranch.

“They’re really important events to him,” Doggett said. “He looks at the pictures from the swim meets over and over, all the time. For kids with autism, it’s hard to find a social group that’s appropriate where they feel valued and like a part of a group. For him, Dream of Hopes Ranch has filled that need.”

Like so many others, Doggett points to the founder as the heartbeat of the community that has built around Dream of Hopes Ranch.

“We all need a sense of community,” Doggett said. “For kids with disabilities, it’s harder to find for them. Augie’s typical peers will go off to college and find a new community. He’s not going to college. He won’t be in a fraternity. Because it’s a community of disabled people and their families, he feels right at home and valued. Laura and her family respect and value people with disabilities in a way that not everybody does.”

Stock’s commitment to people with disabilities can be traced all the way back to the beginning. Her twin sister, Linda, was born with special needs. Linda now lives with Laura, along with Laura’s oldest of three children, Joey, who was born with Down Syndrome.

Growing up the daughter of a Chicago Police Department officer, Stock was a go-getter. A self-described tomboy, she worked for the Chicago Park District, helped her dad with the physical chores around the house and once tried out for quarterback of the Park District football team. Stock had two primary goals in life: She wanted to become a physical education teacher, and she wanted to run a special education program.

“I’m very independent, and that’s because my dad taught me to be a survivor,” Stock said. “He taught me how to be on my own and confident. I knew what I wanted to do.”

After graduating from William Howard Taft High School in the Norwood Park neighborhood of Chicago, Stock enrolled at Northeastern to pursue her dreams. She graduated with her Bachelor of Arts in Secondary Education-Physical Education in 1982, and the personal connections she made along the way helped catapult Stock to realizing her dreams.

In the classroom, Stock met Physical Education Professor Dan Creely. During the summer, Stock learned Creely’s philosophies on spirituality and connection, and gained experience in his program working with inner-city gang members. Outside the classroom, Stock earned a gymnastics scholarship, then found a happier home as a football team manager.

Those connections would become tremendous influences on Stock’s life and brought her back to Northeastern in December 2016 to attend Commencement.

“When I graduated from Northeastern, my whole plan was to teach, but the signs are there,” Stock said. “You just have to be willing to accept them and take a chance.”

Stock taught and coached in the Chicago area before starting a family and moving to Texas. Then, just before attending a peace conference in Arkansas where Creely was the keynote speaker, Stock had a dream about a bald eagle in flight.

“I don’t dream,” she said. “If I do, I don’t remember them, but this dream was very vivid. I can tell you exactly what the eagle looked like, everything.”

Creely introduced Stock to a Native American friend who interprets dreams. “That whole weekend, he kept asking, ‘Are you sure it’s a bald eagle?’” she said.

Before the conference ended, Stock had the dream again and realized it was a golden eagle. It was a sign: The golden eagle, Stock was told, was saving land for her.

“That’s when it just came to me, the ranch and the dreamcatcher logo. It all came from that experience,” Stock said. “I told my parents that I wanted to start nonprofit and I had it planned within hours.”

The plan has been nothing short of life-changing for many families in the Austin area. Craft’s son, James, had been asked to leave several other programs because they didn’t know how to deal with people with special needs.

“Laura was the only one who would work with him,” Craft said. “Laura is really good at sticking with a person and believing in what they’re capable of. She won’t give up teaching and training.”

What Stock has accomplished at Dream of Hopes Ranch has so moved those around her that Northeastern’s 2016 Distinguished Alumnus Award winner, Thomas White, invited her to the December 2016 Commencement address and acknowledged her during his speech to the graduates.

“She was able to figure out that she was supposed to leave this normal life, give it all up, and start Dream of Hopes Ranch,” said White, who was a lineman on the football team when Stock was manager.

In front of hundreds of Northeastern graduates and their families, White asked Stock to stand as an example of what they too can achieve.

“Right there, there’s Laura,” White said, pointing to his friend. “Another angel on Earth.” 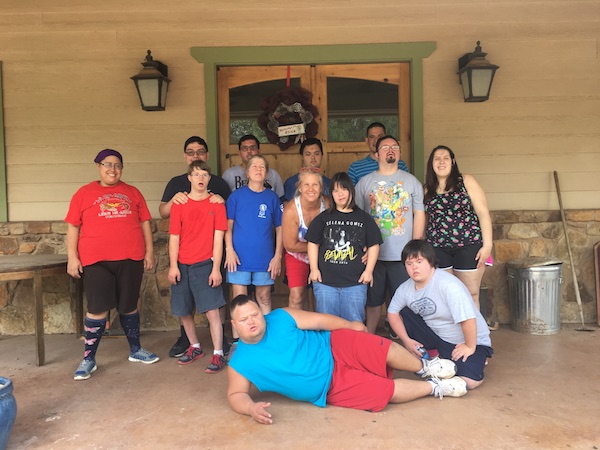