Colleges and universities should consider the circadian rhythms of their students when they schedule classes, and those students should consider their own cycles of activity when they register for classes, according to research published by Northeastern Illinois University Associate Professor of Biology Aaron Schirmer in the journal Scientific Reports. The article was co-authored by Benjamin Smarr, a postdoctoral fellow in the Kriegsfeld lab at the University of California, Berkeley.

Schirmer and Smarr analyzed two years of Northeastern student data and determined that a majority of students experience a misalignment between their natural internal rhythms and their school environment, known as social jet lag (SJL). In an academic setting, that could be a student whose internal timing is that of a night owl, but who has to wake up early twice a week for an 8 a.m. class. The study—the largest survey of real-world student SJL ever published—concluded that more SJL correlated to poorer academic performance (which, unfortunately, appears relevant for most students).

“Students need to be cognizant of how they partition their time,” Schirmer said. “It’s really important for students to think about the timing of their activities to try to optimize their educational efforts. If your only time to study is midnight to 2 a.m., there might be some academic costs.”

Said Smarr: “Staying up late in college doesn't make you a party animal or lazy student. Circadian clocks get later in puberty, and so people in their teens and early 20s tend to be more owlish. What we see here is that in a large, diverse population, when class times don't accommodate that lateness, the quality of the education suffers, and this impacts the majority of students at the university.”

The research explored 3.4 million logins to Northeastern’s learning management system, D2L, by 14,894 students across four semesters from Fall 2014 to Spring 2016 and used non-class days to determine a circadian baseline. Only 40 percent of students have their non-class-day rhythms synchronized with their class day rhythms on average (not to say they don’t also have occasional days of SJL too). The students who were more synchronized performed better in class and had higher GPAs.

“Our research indicates that if a student can structure a consistent schedule in which class days resemble non-class days, they are more likely to achieve academic success,” Schirmer said.

Social jetlag has been shown to have other negative effects on individuals, including higher rates of obesity, and increased levels of smoking and drinking.

“The benefits to individuals and societies stemming from enhancing education by enabling individuals to take advantage of their own biological rhythms are surely substantial,” the report concludes.

Still, more research is needed to determine how these findings can best enhance learning outcomes either on a large scale or on an individual basis.

“The next major step would be a more detailed circadian analysis on a person-by-person basis,” Schirmer said. “This will tell us more about how circadian rhythms interact with academic performance, and how universities and students alike can accomplish positive results in the classroom.” 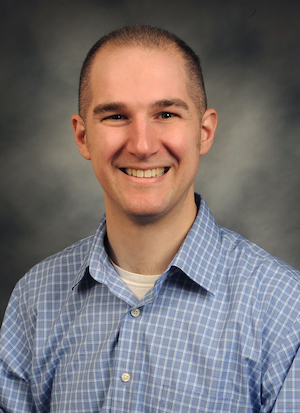