Tim Priester chose teaching as a career not just because he enjoyed working with students and watching them grow in the process. He also had a lot of inspiration close to home.

“Teaching has always been in the family since my great-grandmother, grandmother, and numerous aunts and uncles were and are all teachers,” he said. “It seemed like the right decision.”

There is no doubt about that. On top of earning a master’s degree in Teaching English to Speakers of Other Languages (TESOL) from Northeastern Illinois University in December, Priester has been selected to deliver the student speech during the Graduate Honors ceremony on Dec. 1.

“Tim Priester ranks among the top 1 percent of the graduate students I've worked with in the last 17 years,” said Jeanine Ntihirageza, associate professor and department chair of Anthropology, the English Language Program, Philosophy and Teaching English to Speakers of Other Languages. “His enthusiasm is absolutely contagious!”

It all started with Priester’s family inspiration. The decision to teach took Priester to Northern Illinois University, where he earned his teaching degree in 2000. After graduating, he worked for 10 years as a GED instructor with inmates in the Illinois Department of Corrections. There, he was inspired to pursue a certificate in TESOL at the College of Lake County.

“I was not seeing the same results between native English speakers and speakers of another language,” he said.

The TESOL certificate led Priester to an opportunity to teach English as a Second Language in an elementary school setting in Gurnee, Ill.

“It was there that I realized I wanted to earn my master's degree in TESOL because I saw a disconnect between the theories and practices being demonstrated by some of the teachers,” he said. “I felt that having a greater understanding of the concepts associated with language development would help with not only the students, but also the teachers who teach some of these language learners.”

“I selected the TESOL program because graduates that I had run into kept telling me that this was the program to pursue if I wanted a master's that would matter.”

Priester’s passion, love and appreciation for languages did not go unnoticed by Northeastern faculty.

“He not only takes learning seriously, but he is also highly resourceful,” Ntihirageza said. “He is quick to find resources that complement class material and practical applications of theories covered in class and does not hesitate to share that knowledge with his classmates.”

After delivering the keynote speech at the Graduate Honors ceremony and then crossing the stage at Commencement on Dec. 11, Priester plans to take a break from his career and pursue a Ph.D.

His attention will center on his wife and two sons as the family plans a move to Florida. Not that Priester is expecting life to slow down in the Sunshine State.

“Essentially, I'm going from a class of 25 to my two sons,” Priester said, “so things are staying about even with the level of craziness.” 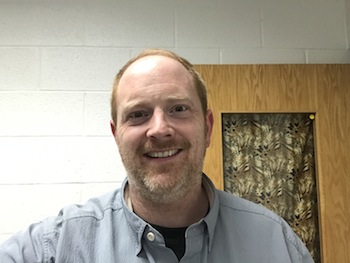