Noteworthy at Northeastern: We’re No. 1 ... again!

Northeastern Illinois University has again been ranked No. 1 in the state for graduating students with the least debt. Read more about Northeastern’s national status, details of a research study conducted by five members of the University community and more in Noteworthy at Northeastern. 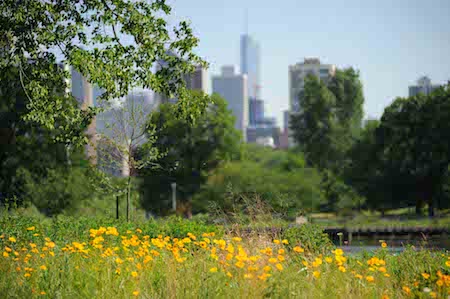 Artificial light is causing important behavioral and ecological changes in Chicago’s urban wildlife, according to a study published in the journal Scientific Reports. The study was performed by a team of seven researchers from Northeastern Illinois University, the Lincoln Park Zoo and Lafayette College. Using both laboratory and field techniques, the study concluded that exposure to levels of artificial light common in Chicago altered circadian activity patterns and significantly changed animal behavior.

Chicago is getting a casino ... or is it? WTTW’s “Chicago Tonight” interviewed Associate Professor of Economics Michael Wenz before a feasibility study for appropriate sites was delivered, then invited him on set for a panel discussion after the study was released. “The financiers, banks and developers will ultimately have a say in whether or not they think they can make a go of the project,” Wenz said. “When it comes to feasibility it makes more sense to look at: Does the site have enough infrastructure? Does it have the right labor market? Can it be successful from the point of view of a community rather than from the point of view of a developer?”

From news about the latest research to uplifting comedy, the Biology Department brings a little bit of everything to its Facebook and Twitter accounts. Follow along!