Noteworthy at Northeastern: Welcome back, Congressman

That was an eventful spring break!

Northeastern Illinois University announced that United States Congressman and alumnus Luis V. Gutiérrez will deliver the Commencement address in May.

Read about his upcoming speech, a project coordinated by Economics students and much more in this week’s edition of Noteworthy at Northeastern. 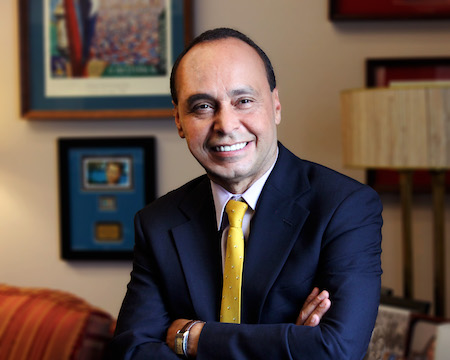 United States Congressman Luis V. Gutiérrez will be the May 2018 Commencement speaker. Congressman Gutiérrez, a Northeastern alumnus who earned his Bachelor of Arts in English in 1976, is in his 12th term serving Illinois’ Fourth District and in November announced he will not seek a 13th term. “Congressman Gutiérrez a national leader in the fight for social justice and equality,” Interim President Richard Helldobler said. “Hundreds of Northeastern students and alumni have participated in the DACA program over the past several years, and we are eager to welcome him back to inspire the next generation of leaders.” Commencement is scheduled for 4 p.m. May 7 at UIC Pavilion. Tickets are required. The ceremony will be streamed live at neiu.edu. 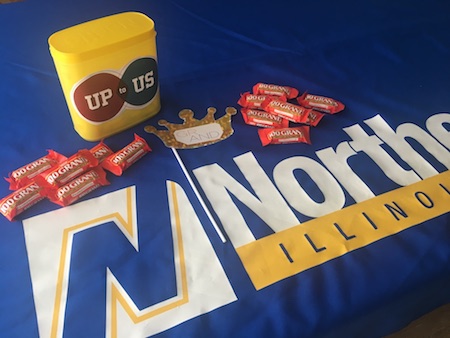 Staging a series of events that are a mix of entertaining, informative and delicious, the students in Professor Christina Ciecierski’s Economics 320 class have spent the Spring 2018 semester drawing attention to the nation’s staggering national debt. It’s all part of a nationwide campus competition called Up to Us, a nonpartisan campaigning initiative that aims to engage and inform students about the United States debt and the effect that debt has on jobs, families and the future of young generations. “While my classmates and I worked diligently to raise awareness of our nation’s $20 trillion national debt on our NEIU campus, I realized that few people understand that this debt is ours; it doesn’t belong to some distant government agency in Washington,” Ketta Cardona said.

March for Our Lives Chicago

In the wake of the Feb. 14 deadly mass shooting at Marjory Stoneman Douglas High School in Florida, dozens of Chicago-area teens and young adults have planned March for Our Lives Chicago, which will take place at 11 a.m. March 24 in Union Park. One of the planners is Northeastern student Jordyn Michaels. “I was telling my mom, ‘It’s something I’m doing because I feel like we are going to change the world with this,’ ” Michaels told the Chicago Tribune. An estimated 15,000 people are expected to attend the march.

A Woman’s Worth Conference

U.S. Congresswoman Robin Kelly will serve as the opening speaker during the Sigma Eta chapter of Sigma Gamma Rho Sorority’s Woman’s Worth Conference on March 28 in Student Union 003. The event will include sessions on women’s empowerment and health, creating vision boxes and a minority women in STEM panel.

Did you know the Office of Student Counseling and Career Services is launching NEIUHire on March 26? The platform will be the new go-to spot for information on internships, jobs, career fairs, mock interviews and much more. Follow along on Facebook to get all of the office’s important career-related updates.