Noteworthy at Northeastern: Time for Commencement

A tip of the graduation cap to all of the Northeastern Illinois University students who have just completed their final semester. Congratulations! Read more about Commencement, a new undergrad program and plenty more from around the University community.

As hundreds of Northeastern students and their families prepare for Commencement, many are reflecting on the skills they learned and the connections they made during their time at the University. During the Graduate Recognition Ceremony on Dec. 4, two master’s degree students shared their stories of success.

Northeastern is one of 16 colleges and universities that have partnered with Chicago Public Schools to form the Chicago Higher Education Compact, a collaboration dedicated to increasing college enrollment, persistence and completion for CPS graduates. The stated goal is to increase the college graduation rate among CPS students to 60 percent by 2025.

Northeastern has been approved by the Illinois Board of Higher Education to offer a new undergraduate degree program in Environmental Science, beginning in fall 2015. The new B.S. Environmental Science program is designed to help students understand the complex relationship between the environment and its components, including the impact of human activities on the environment and vice versa. 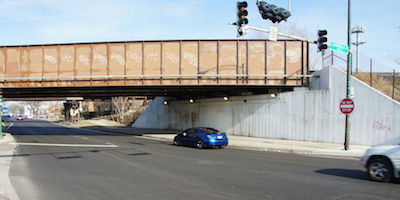 Let there be art

Northeastern, the National Museum of Mexican Art and the Puerto Rican Arts Alliance are in the initial planning stages of a public art installation to be located in the underpass at Kimball Avenue and the Kennedy Expressway, near the new El Centro location in the Avondale community. The project will have opportunities for student involvement and is anticipated to be completed by fall 2015.

Honors on the menu

Communication, Media and Theatre Assistant Professor Kristin Hunt has been accepted into the 2015 Prague Quadrennial of Performance Design and Space. She will present the menus she created for last year's Stage Center Theatre production of “Miss Julie” as well as for a production of “Woycek” she directed at the University of Wisconsin-Madison in 2012.

Nikki Nigl, who will receive her master’s in Communication, Media and Theatre on Dec. 14, was featured by chicagotalks.org for her twice-monthly discussion groups called “About Women.” “I want to give women a license to do what they want,” Nigl told the site. Her next two events are Dec. 16 and Jan. 7.

In an editorial, the Pantagraph newspaper in Bloomington, Ill., praised Northeastern and the University of Illinois as the only two state universities that belong to Universities Fighting World Hunger, a national coalition of universities whose students work to fight hunger. 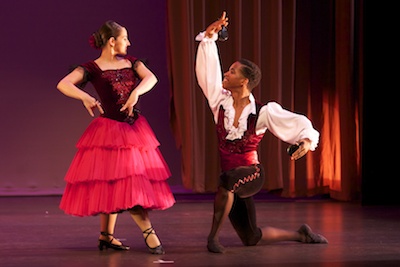 Spanish for the holidays

More than 100 Chicago Public Schools, Cicero and Berwyn middle and high school students are scheduled to attend an Hour of Code event on Dec. 13 on the main campus. Organized by the Center for College Access and Success and the Computer Science department, these sessions are designed to demystify coding and show that anyone can learn the basics to become a maker, creator and innovator. The Hour of Code is a global movement reaching tens of millions of students in more than 180 countries and is part of the celebration of Computer Science Education Week. TRIO Upward Bound Math and Science high school students from CCAS will deliver one-hour, hands-on workshop sessions with the support and mentorship of Northeastern students. Follow the activities on Twitter and via the hashtag #HourofCodeNEIU.