Noteworthy at Northeastern: Support for students

With the fall semester quickly approaching, Northeastern Illinois University received some great news this week about supporting its students. Read about the newly awarded federal grants for TRIO Student Support Services, Rep. Luis Gutierrez’s visit to campus and the University’s appearances in the media.

The U.S. Department of Education has awarded Northeastern three TRIO Student Support Services grants. The grants were awarded for all three Northeastern programs: Regular, Disability Access and Teacher Prep. They will be distributed annually through 2020 in $220,000 increments over five years, totaling $3.3 million. Northeastern is the only Illinois institution to be awarded more than two grants. 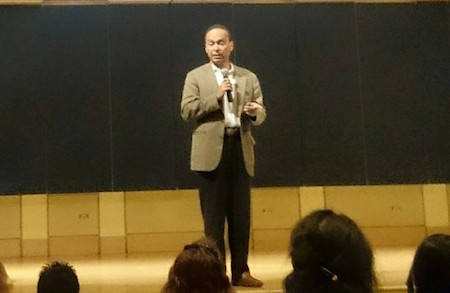 Northeastern alumnus and U.S. Rep. Luis Gutierrez attended a Deferred Action for Parental Accountability (DAPA) information session at Northeastern on July 11. Gutierrez provided an overview of DAPA and updates on the pending court case and noted the advancement of Latino students at Northeastern. “When I went to Northeastern, there were only 100 Latinos, and half of them were gone by the end of the year,” he said. “Now, they stay and they graduate. It's not about growing numbers. You have to have growing influence and power." 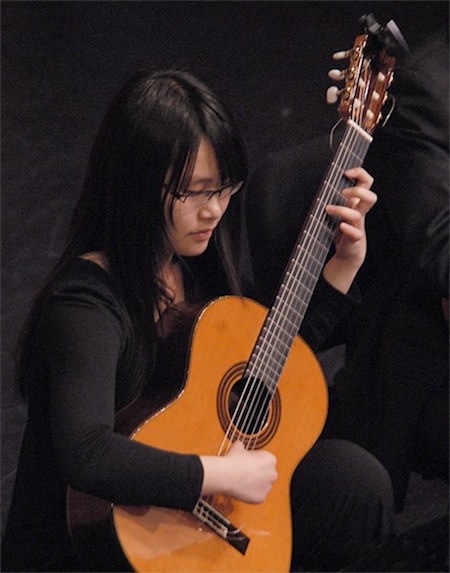 Xiaoxuan Wu, a senior majoring in Music Performance and Accounting, is a semifinalist in the Wilson Center Guitar Competition & Festival in Brookfield, Wis., on Aug. 13. Wu will compete against 16 other guitarists from around the country in the classical division.

Carruthers Center Director Conrad Worrill was quoted in Mary Mitchell’s Sun-Times column about Abena Joan Brown, a leader in Chicago’s black arts community who died on July 12. “If it hadn’t been for Abena Joan Brown, I would have never gone to graduate school in 1969,” Worrill said. “She used her prestige of being one of a few black graduates of the [School of Social Service Administration] at the University of Chicago to challenge the university [on diversity], and fought to open up the doors.”

WBEZ talked with College of Education Dean Maureen Gillette about the percentage of teachers of color compared with the student population. Gillette raised the issue of the Test of Academic Proficiency requirements. “There is not a member of my faculty who doesn’t want good teachers,” she said. “But the question is, does any of this make a difference in getting to excellent teachers?”

Tee it up for charity

The NEIU Foundation will host the 43rd Annual Chuck Kane Golf Event at Chevy Chase Country Club in Wheeling on Monday, Aug. 17. Take a look back at the impressive numbers the NEIU Foundation’s top fundraiser has accumulated over the years!

When they're not teaching us about Chicago geology, urban geologic issues, and earth science in general, the NEIU Earth Science Facebook page is sharing student success stories and connecting alumni with career opportunities. Follow them for all of that and more about this big rock we call home.