NEIU will fully reopen in Fall 2021! We’re excited to welcome you back for in-person classes on Aug. 23.

Spring Recess is here already? Indeed! Before you start the countdown to Commencement in May, be sure to read the latest news on two Northeastern Illinois University faculty members who co-authored a book, watch a heartwarming video of an on-campus engagement and mark your calendar for upcoming events.

Associate Professors of Psychology Amanda Dykema-Engblade and Lisa Hollis-Sawyer have co-authored a new book on aging. “Women and Positive Aging: An International Perspective,” published March 15, surveys the latest international research in the fields of psychology, gerontology and gender studies related to the aging issues faced by women. The book contains an emphasis on the positive aging perspective in gerontology research. 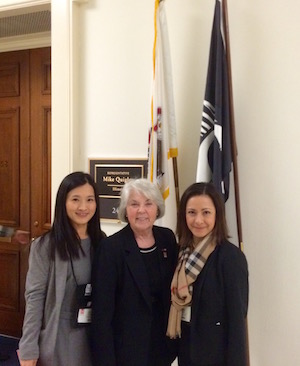 From the stage to the panel

The Chicago Dance History Project has announced that Ensemble Español founder Dame Libby Komaiko and Artistic Director Irma Suárez Ruiz will participate in a free discussion April 27 with Joel Hall of Joel Hall Dancers & Center and Hema Rajagopalan of Natya Dance Theatre. Conversations on Chicago Dance: Founding and Sustaining a Company will take place in from 6-7:30 p.m. in Ruggles Hall at Newberry Library. Komaiko and Suárez Ruiz also will participate in Moving Dialogs: Women in the Director's Chair panel discussion on April 26.

It’s not just marriage proposal videos, of course. Check out Northeastern’s official YouTube channel to see speeches from special guests, coverage of University events and messages from the president.