Happy New Year! Spring semester classes don’t begin for a few more days, but we already have exciting news to begin 2017. Find out which internationally known political pundits will participate in the first Daniel L. Goodwin Distinguished Lecture Series event, which movies will screen during the spring semester and which faculty member is now a county judge.

Internationally known political pundits, strategists and power couple James Carville and Mary Matalin will participate in a wide-ranging discussion of the current state of politics as Northeastern kicks off the Daniel L. Goodwin Distinguished Lecture Series on Feb. 2. The event will be moderated by award-winning Chicago journalist and Northeastern alumnus Thomas Corfman.

The Chicago Film Society, formerly known as The Northwest Chicago Film Society, has announced its Spring 2017 schedule of movies that will be shown on the Main Campus. “Nightmare Alley” will open the series on Jan. 11. Highlights include a film with the late Debbie Reynolds, a rare, early part-talkie Frank Capra film introduced by Communication, Media and Theatre Instructor Nancy McVittie, a Jerry Lewis comedy, a film partially directed by Nicholas Ray before he was fired from the production, and several other classics and oddities.

Business Law Instructor Michael Gerber definitely knows his stuff: The longtime prosecutor has been sworn in as a Cook County judge. “I only ever wanted to be a lawyer and a teacher,” he told the Daily Herald. “I want people to feel the judiciary and the judicial system is something they can be proud of.”

In a story about Eli’s Cheesecake’s work with refugees, NPR interviewed Elias Kasongo, a refugee from Congo who earned his Bachelor of Arts in Business and Management from Northeastern in 2011. Kasongo started as a dishwasher in 1994 and now is a purchasing and materials manager with Eli’s. “It takes someone to take a chance on you and say, ‘Hey, let’s see if he has the talent,’ ” Kasongo told NPR. “It takes the talent.” 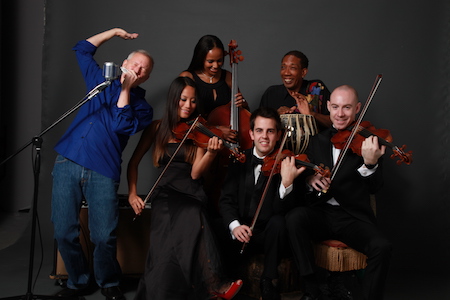