We have a Commencement speaker—and she boasts an EGOT! (If you don’t know what an EGOT is, you definitely want to Google it.) Find out more about plans for Rita Moreno’s Commencement address, the Center for College Access and Success’ new partnership and Family Day at the Carruthers Center for Inner City Studies.

Award-winning actress Rita Moreno will be the speaker for Northeastern’s Commencement ceremony on May 11. Moreno belongs to an elite group of performers, having won each of the entertainment industry's most prestigious awards: the Oscar, the Emmy, the Tony and the Grammy. During the Commencement ceremony, Moreno will be awarded an honorary doctorate degree in recognition of her outstanding achievements. The news was quickly reported by the Sun-Times, My Fox Chicago and DNAinfo Chicago.

In partnership with the Chicago Area Reading Association, the Department of Literacy Education will co-host a spring literacy conference on April 18. Practicing and aspiring K-12 teachers can register for the event, where they will have the opportunity to engage in several breakout sessions focused on helping students develop academic vocabulary and enhance literacy skills. Peter Fisher, co-author of “Teaching Academic Vocabulary K-8,” will be the keynote speaker.

The Center for College Access and Success has been selected to partner with JPMorgan Chase to support The Fellowship Initiative, an academic and social enrichment program that helps young men of color achieve personal and professional success.

Professor Emerita Elyse Mach is being recognized for her donation of recordings and transcripts of legendary jazz pianists to Yale University’s Oral History of American Music archive. “Grand Pianists of Jazz” consists of a series of interviews by Mach with jazz greats such as Marian McPartland, Billy Taylor and Ramsey Lewis.

Haleh Emrani, an entrepreneur, engineer, historian and philanthropist, will deliver the inaugural talk in Northeastern’s Dr. Mohammad Mossadegh Servant Leadership Lecture series on April 17. Emrani’s lecture is titled “Dawn of a New Era of Leadership: When Ideas in Business, Academia and Philanthropy Converge.” 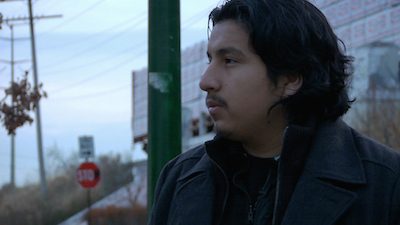 Tune in for ‘The Homestretch’

“The Homestretch,” a documentary that prominently features a Northeastern student, professor and alumna, will make its international broadcast TV premiere on April 13. In Chicago, the movie will air on WTTW at 9 p.m. Here is a Northeastern story about the student, Roque Sanchez (pictured above), from November 2014, when the movie screened on the main campus. 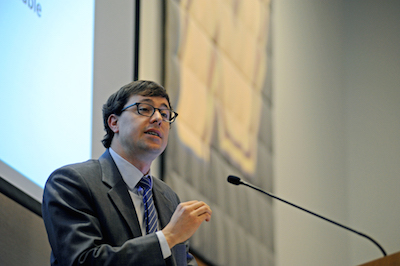 Richard Kilpatrick, an assistant professor of Accounting, Business Law and Finance, was the latest faculty member featured in Northeastern’s partnership with The Mash, the Chicago Tribune’s weekly publication for teens. Kilpatrick answered questions about Twitter, internships and the difference between attending school in a city versus a “college town.”

The Jacob H. Carruthers Center for Inner City Studies will host its first annual Family Day on Saturday, April 18. In conjunction with the Carruthers Center’s 49-year anniversary, Family Day was created to celebrate the center’s activism and scholarship for the African-American community. There will also be an information session with admissions and financial aid staff for students desiring to further their education. 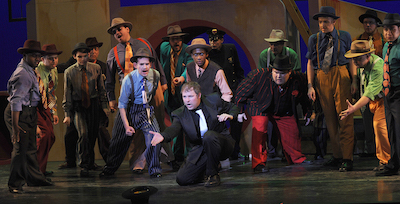 May graduates and guests: Let your pride shine! Use hashtag #NEIUgrad on all your Facebook, Twitter and Instagram posts on Commencement day for a chance to be seen on the UIC Pavilion’s big screen. Go, Golden Eagles!