Northeastern Illinois University lost a member of the family with the passing of Bernard Brommel. Read about his life and contributions to the institution, grant funding for more research opportunities and much more in Noteworthy at Northeastern.

Bernard J. Brommel, who taught at Northeastern for 28 years and in retirement became one of the institution’s most generous donors, died Sept. 22 at his home in Kalamazoo, Mich. Soon after retiring, Brommel began making large donations to Northeastern, becoming the NEIU Foundation’s first million-dollar donor and eventually contributing more than $2.5 million. In recognition of Brommel’s continuing generosity, Northeastern named the Science Building after him in 2010. It is now known as Bernard J. Brommel Hall. The Chicago Sun-Times and Windy City Times published lengthy obituaries.

The National Science Foundation has awarded a three-year, $169,858 grant to develop and maintain software that is needed to help successfully run an experiment that will search for dark matter. The grant is a sub-award of a larger $770,500 grant split between Indiana University South Bend, Penn State and Northeastern to help fund the development of PICO-500. PICO-500 is the international PICO Collaboration team’s next-generation project that last year announced that the PICO-60 dark matter bubble chamber experiment had produced a new dark matter limit.

Northeastern is part of a $953,000 grant that the U.S. Department of Justice has awarded to the Englewood Public Safety Taskforce. Master of Social Work Director Troy Harden and Professor of Educational Inquiry and Curriculum Studies Lance Williams are contributing to the project that examines the varied factors contributing to crime and pursues strategies that are grounded in data and research, and are supported by people who live and work in the area. “Engaging communities in using evidence to design transformative processes are critical in the effort to change long-term systemic problems,” Harden said. “This effort builds upon the existing strengths of the Englewood community and partners among key stakeholders and residents concerning research, design, implementation and evaluation for community change.” News of the grant was covered by Block Club Chicago and CBS Chicago.

Gloria J. Gibson made her first live television appearance as president of Northeastern with her interview on WTTW’s “Chicago Tonight.” Asked about her first months on the job, Gibson said, “It’s been going great. I’ve met a lot of people. We have wonderful faculty, staff and students at Northeastern. I’m just really happy to be at the institution.”

The Ronald Williams Library hosted a panel discussion featuring four speakers with differing perspectives on the topic of political realignment in history and today on Aug. 30. The event was recorded and broadcast by Chicago Access Network Television. Panelists Daniel McCarthy (editor, Modern Age: A Conservative Review), Deirdre McCloskey (Distinguished Professor of Economics, History, English, and Communication, University of Illinois at Chicago), Elizabeth Tandy Shermer (Assistant Professor of History, Loyola University Chicago) and Marco Torres (Ph.D. student of History, University of Chicago) discussed the long-term historical and global contexts of the changing balance of power between (and within) the Democratic and Republican parties in the United States. A lively round of audience Q&A followed the panelists’ presentations. The event was organized as part of the ongoing Between Past & Future event series, which is co-sponsored by the Library and the Department of History.

Rush University profiled Ronen Ostro (B.S. ’17 Biology), a Northeastern alumnus who is now a student in Rush’s Integrated Biomedical Sciences program. Ostro credits his research experience with Northeastern and ChicagoCHEC as personal motivators. “I gained a good base of knowledge at Northeastern that I feel really prepared me to be successful at a competitive school like Rush,” he said. Looking forward, Ostro wants to continue his community health research while working as a physician. “I feel like that would be doubling down on giving back to the community, and I would love to do that,” he said.

Northeastern’s Carruthers Center and El Centro locations will participate in Open House Chicago on Oct. 13. The Chicago Architecture Center (CAC) presents the two-day free public event that offers behind-the-scenes access to more than 250 buildings across Chicago. No tickets are required and everyone is welcome. 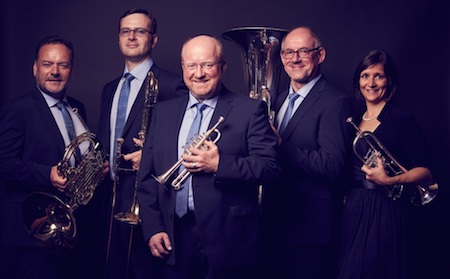 At the new season of the Jewel Box Series launches, be sure to follow The Arts at NEIU on Facebook to stay up to date on all of Northeastern’s cultural events!