Noteworthy at Northeastern: Ready to celebrate

Commencement is only a few days away—and will be streamed live—but that’s not all Northeastern Illinois University has to celebrate. Check out all of the awards, scholarships, media appearances and event photos from the first week of May!

Northeastern has hosted a number of celebratory events as the University closes in on the May 11 Commencement ceremony. Check out photos from Academic Honors, Salute to Graduates, the Dr. Mohammad Mossadegh Servant Leadership Lecture, the Pedroso Center Spring Congratulatory, the Student Awards and the Asian Gala (pictured above).

Two Northeastern faculty members have received Fulbright Scholars Awards for academic year 2015-2016. Assistant Professor of Spanish Brandon Bisbey has been awarded a Fulbright-García Robles grant to undertake research and teaching at the University of Guanajuato in Mexico. University Honors Program Coordinator and Associate Professor of English Kristen Over has been awarded a 10-month teaching and research grant at the University of Bergen in Norway.

El Centro is a finalist in the Chicago Building Congress awards competition for projects under $55 million. The winner will be announced during a May 20 awards dinner. Primera Engineers also recently won an award for Building/Technology Systems from the American Council of Engineering Companies’ Engineering Excellence Awards Competition.

Assistant Professor of History Mateo Farzaneh has organized a four-week study abroad program for 21 students that begins May 29. For the first time in Northeastern's history, students will learn about the history of Islamic Spain, which is taught by Farzaneh at the University of Seville. The students will take a History course and participate in more than 10 extracurricular activities and excursions that include visits to Cordoba, Granada and Cadiz. 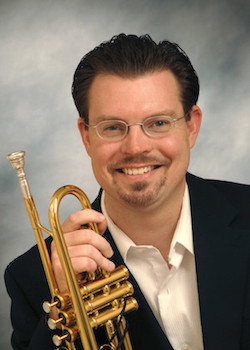 Travis Heath, an associate professor of Music, was the latest faculty member featured in Northeastern’s partnership with The Mash, the Chicago Tribune’s weekly publication for teens. Heath answered questions about speaking up in class, academic advisers and the value of a music degree.

The Associated Press quoted Associate Vice President for Student Affairs Daniel Lopez in a story about undocumented students. “The things we do for our undocumented students are no different than what we should do for all of our students, which is help them succeed,” Lopez said. The story was published by more than 60 online news sites.

Kaylee Preston (B.A. ’13 Anthropology) is a finalist in the international Hit Like a Girl drumming contest. “I knew I wanted to be a drummer for as long as I can remember,” Preston told DNAinfo Chciago. “The first time I heard Led Zeppelin, my whole body, just like, got goose bumps.”

English Assistant Professor Julie Iromuanya will celebrate the launch of her new book, “Mr. and Mrs. Doctor,” at Women & Children First bookstore on May 8. The book will be officially released May 12.

Before you post it, tweet it or share it—tag it! Tag your Commencement snaps and congratulatory messages with #NEIUgrad for a chance to be seen on the big screen at Commencement!