Noteworthy at Northeastern: Our alumni rock

You don’t have to be a Music major to be interested in the speaker who is coming to Northeastern Illinois University next month. Find out more about top guitar shredder and alumnus Michael Angelo Batio, the Alumni Relations office’s successful charity effort with the College of Education and an alum who is playing on the pro beach volleyball circuit!

Internationally renowned guitarist, inventor and Northeastern alumnus Michael Angelo Batio will return to his alma mater to deliver a free lecture and demonstration that will cover his musical success, life lessons and, of course, his famous Double-Guitar. The free event is scheduled for 3 p.m. on Tuesday, Sept. 1.

Northeastern has been named one of nearly 80 colleges and universities in the nation as a Lead Institution by NASPA - Student Affairs Administrators in Higher Education, the leading voice for the student affairs profession. This is the fourth year Northeastern has been selected to participate.

Attention, students: Registration for the fall 2015 semester ends Aug. 20. In preparation for the new semester, the Admissions and Transfer Center, Graduate Admissions, Financial Aid and Enrollment Services-Registration offices will be open from 9 a.m. to 2:30 p.m. on Saturday, Aug. 15. Academic Advising and the Bursar Services office will be open from 9 a.m. to noon. In addition, another One Stop Enrollment Express has been scheduled for Aug. 18. 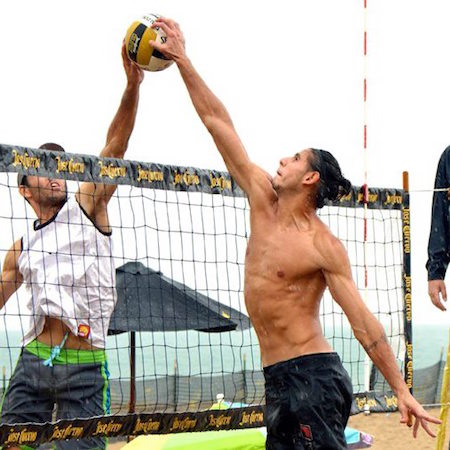 A day at the beach

Raffe Paulis left Chicago after receiving his Finance degree from Northeastern to pursue another kind of dream. He became a professional beach volleyball player. Paulis will return to his hometown Aug. 27-30 for the AVP Chicago Open at Oak Street Beach.

Northeastern will offer three new minors beginning in the fall 2015 semester. The College of Arts and Sciences will offer minors in Geographic Information Science and Mathematical and Statistical Modeling of Complex Systems, and the College of Business and Management will offer a minor in Entrepreneurship. 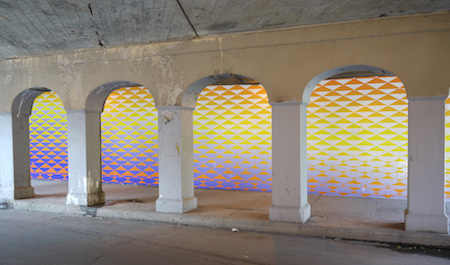 Center for College Access and Success Video and Education Specialist Cole Pierce is one of five artists whose work has been selected to be displayed on the walls of CTA and Metra underpasses in the Rogers Park neighborhood of Chicago. If you’d like to see more of his art, Pierce has some of his work on display in a group show at The Mission (1431 W. Chicago Ave.) through Aug. 22. 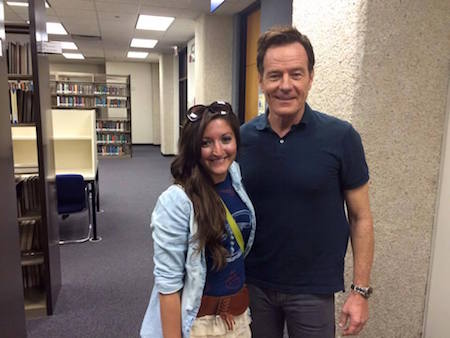 Tune in to TLC

The Ronald Williams Library will appear in the Aug. 23 episode of “Who Do You Think You Are?” on TLC that features “Breaking Bad” star Bryan Cranston (pictured here with Northeastern alumna Lauren Jordan). Filming took place in June in the Illinois Regional Archives Depository collection area of the building. Here is the episode’s official description: “Bryan Cranston's happy childhood shattered when his father abandoned the family when Bryan was just 11. Seeking answers, Bryan explores his paternal roots, finds a troubling pattern of desertion, a man of honor and an aunt he never even knew existed.”

Chicago Tribune columnist Howard Reich profiled rising jazz singer and Northeastern grad Typhanie Monique (M.A. ’14 Music), who will record her first solo album in the fall. “What I tell my students is: As you gain and advance technically—especially as a jazz musician—your freedom of expressivity is much more vast and open,” Monique said. Watch her perform on Tuesdays in August at Andy’s Jazz Club in Chicago.

Hockey Hall of Famer and former Chicago Blackhawks great Bobby Hull will be the celebrity guest at Northeastern’s oldest philanthropic event, the Chuck Kane Scholarship Golf Event, on Monday, Aug. 17, at Traditions at Chevy Chase Golf Club in Wheeling. Sign up for a round of golf or for the dinner portion of the event to support student scholarships!

Golden Eagles on the stage

Get on the right track

Back to school! Whether you are thinking about applying to Northeastern or you've already been admitted, follow the Office of Admissions Facebook page for enrollment information and special events designed to help students with the application and registration processes.