Labor Day weekend has arrived! You can use your extra free time to read about the fall season of films, an educational trip to Peru, college advice from a rock star and plenty more.

The Northwest Chicago Film Society has announced its fall lineup of films that will be shown beginning Sept. 7 on the Main Campus. Similar to the spring screenings, there will be a silent film (“The Silent Enemy”) with live accompaniment on Sept. 28.

The presidency has changed in a number of ways during the decade that Sharon Hahs has led the University. Interim President Richard Helldobler asks her to elaborate on that in this week’s installment of videos reflecting Hahs’ decade as Northeastern's president.

To Peru and back

The TRIO Upward Bound Math and Science program that is housed in the Center for College Access and Success recently returned from a trip with five local high school students to the International STEM Academy in Lima, Peru. During their time in Peru, the students delivered hands-on Science, Technology, Engineering and Mathematics (STEM) activities to Peruvian students and led workshop sessions. They also traveled to Machu Picchu and interacted with indigenous students through underwater robotics activities. 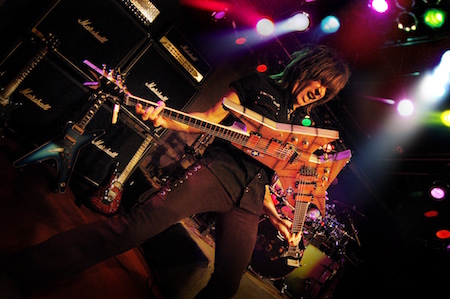 Rock your way to the top

If you ask Michael Angelo Batio about achieving success, he’ll tell you it boils down to one thing: choosing to finish. And he would know. Batio, who finished his bachelor’s degree in Music from Northeastern in 1979, has gone on to a long career as a celebrated guitarist. But that’s not all: He is the inventor of the V-shaped Twin Double-Guitar and the four-necked Quad Guitar. He is internationally recognized as one of the world’s top “shred” guitarists. And one of his Dean Double-Guitars was inducted into the Rock and Roll Hall of Fame in 2012. “There’s the old Nike commercial that said, ‘Just Do It.’ I like it. ‘Just Do It!’ ” he said.  “It sounds good, but I’m not exactly a firm believer in just doing something. I have a different way. Here’s the Michael Angelo Batio modified version: ‘Just Finish It.’ ”

Ensemble Español has returned from its first tour of Spain, where the dance company garnered plenty of media attention for its work presenting, preserving and promoting Spanish dance in the United States for the past 40 years. The tour was covered by El Mundo, Europa Press, Madrid Actual and El Buzon, to name just a few news outlets that took interest in the company.

When speculation arose about the death of Uzbekistan President Islam Karimov, WBEZ’s “Worldview” program invited Anthropology Professor Russell Zanca to talk about the topic. “There’s a high probability that he’s died,” Zanca said. “It’s not certain, obviously, but some of the really prominent opposition websites have said that he died, and they’ve been very specific about the time he died.” Zanca also addressed the status of the country, the region, and possible successors. 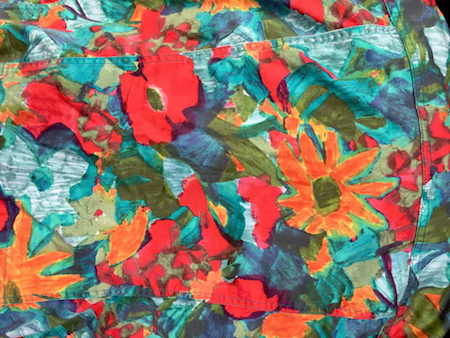 The Department of Psychology and the Gerontology program will host “Mainly Markers” from Sept. 7-21 in the Ronald Williams Library Gallery. “Mainly Markers” showcases the artwork of the late Betty Z., who lived with Alzheimer’s disease before her death earlier this year. The exhibit is curated by Betty’s daughter and Northeastern alumna Val McCune and is meant to raise awareness that September is World Alzheimer’s Month.

The Department of World Languages and Cultures and the Polish and European Academic Center for Exchange & Research will host the Kosciuszko Foundation (KF) Lecture, “News from the Regenerative Medicine,” by KF fellow Anna Domaszewska-Szostek of the Department of Human Epigenetics, Mossakowski Medical Research Centre, Polish Academy of Sciences in Warsaw, Poland. The event, scheduled for 7 p.m. Sept. 8 in Student Union Room 214, is free and open to the public. 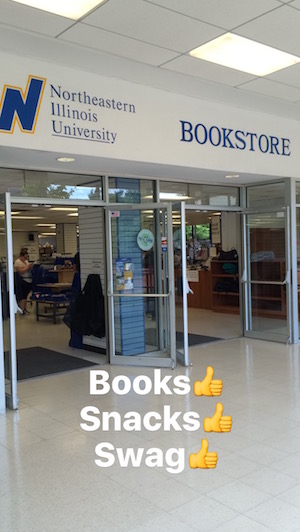 Story time! We've been exploring Instagram's new Story feature this week. Check us out at @NEIUlife, but don't wait! Stories disappear after 24 hours.