The countdown to Commencement has officially begun! Northeastern Illinois University has announced this year’s speaker, and the Salute to Graduates events to prep for Commencement are coming up April 5-6.

Read more about Commencement, watch the teaser trailer video for next week’s launch of the Transforming Lives campaign, and find out how Northeastern earned a Voter Friendly Campus designation in this week’s edition of Noteworthy at Northeastern. 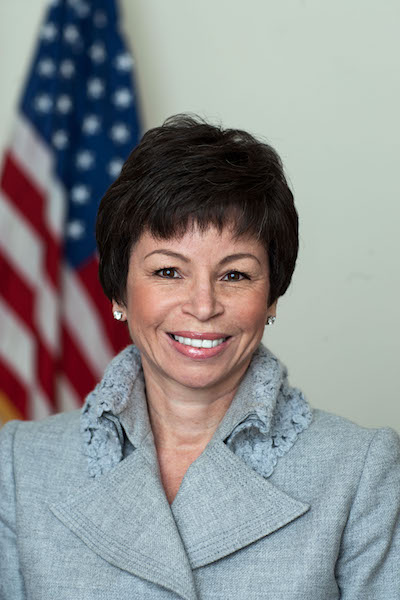 Chicago lawyer and civic leader Valerie B. Jarrett, the longest-serving senior adviser to President Barack Obama, will be Northeastern’s May 2017 Commencement speaker. During the ceremony, Jarrett will be awarded an honorary doctorate degree in recognition of her outstanding achievements. “Over her many years of service in Chicago and in Washington, D.C., Valerie Jarrett has consistently demonstrated herself to be a champion of equality and opportunity for all,” Interim President Richard Helldobler said. “Those values are at the root of who we are at this institution. We are honored to welcome Ms. Jarrett into the Northeastern Illinois University family during Commencement.”

Northeastern Illinois University is one of 83 campuses in 23 states that have been designated as Voter Friendly Campuses. The initiative, led by national nonpartisan organizations Campus Vote Project and NASPA – Student Affairs Administrators in Higher Education, held participating institutions accountable for planning and implementing practices that encouraged their students to register and vote in the 2016 general election and in the coming years.

Northeastern will host the kickoff celebration for the Transforming Lives fundraising campaign at 6:30 p.m. April 7 in Alumni Hall. All students, employees, alumni and friends of the University are invited. RSVP today!

The Polish American Association (PAA) has announced its selection of Northeastern as its 2017 Honoree and Award recipient. The award will be presented during the Polish American Association’s Annual Gala on June 24. “We are excited to present this Award to one of the PAA’s most forward-thinking and innovative partners,” PAA Board Chair Adam Kamieniak said. “Northeastern’s embrace of newcomers, appreciation of divergent perspectives, and focus on preparing for a lifetime of service and engagement mirrors the immigrant’s journey from seeking a more meaningful life, to living a complete life.”

Raised in Chicago, Ready for the World

Ensemble Español Spanish Dance Theater, which has been in residence at Northeastern for more than 40 years, has added a breathtaking new video to its Raised in Chicago, Ready for the World campaign. The video arrives as the Ensemble has been awarded a major Growth Grant by Caerus Foundation, Inc. that will help the dance company expand its arts education programs and transition to a full-time professional company over the next three to five years. The grant has the potential to raise $1.5 million through a matching campaign over the next three years, and the NEIU Foundation has created a website for contributions to the matching effort. 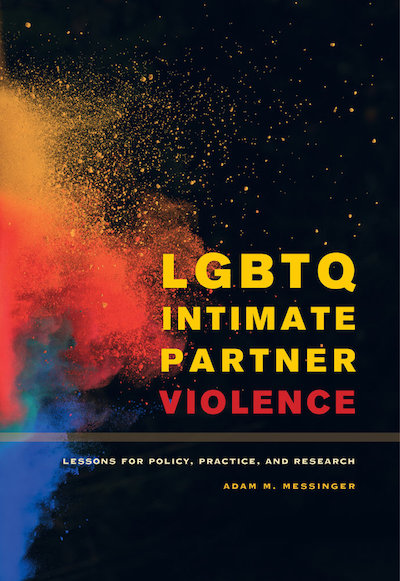 Assistant Professor of Justice Studies and Women’s and Gender Studies Adam Messinger’s new book continues to draw attention from the media. The Windy City Times talked with Messinger about some of the key findings in “LGBTQ Intimate Partner Violence: Lessons for Policy, Practice, and Research.” “My hope is that the book raises the national public profile of LGBTQ IPV,” Messinger told the Windy City Times. “It's a real, serious problem.” The Washington Blade also mentioned Messinger’s book.

Dr. Teresa K. Woodruff, an internationally recognized expert in ovarian biology who coined the term “oncofertility” to describe the merging of oncology and fertility, will deliver the inaugural Brommel-Hahs Lecture in the Recital Hall at 3 p.m. on April 13. The free presentation is titled “The 3 Breakthroughs That Will Change Our Lives in the Next 10 Years.”

Best-selling author, producer, broadcaster and Northeastern alumnus John St. Augustine will be joined by legendary broadcaster Bill Kurtis to deliver the keynote address during the Green Business Conference on April 4. St. Augustine and Kurtis are partners on “Earth Matters,” a series of one-minute vignettes on environmental issues that airs on WCPT-AM/FM in Chicago. The keynote by St. Augustine and Kurtis will focus on issues related to the ripple effect of climate change on water, land and species. It will serve as the latest installment of the NEIU Alumni: All Access series, which demonstrates the lifelong value of a Northeastern degree from the perspective of some of the University’s most successful and inspirational alumni.

Northeastern will host Enough is Enough, a week of events designed to help people better understand interpersonal violence, what causes people to be bystanders, and how to be an agent of change. Here is the schedule: