Noteworthy at Northeastern: A family affair

Talk about dedication: Meet the family with seven graduates of Northeastern Illinois University—and another who is an undergrad. Read more about the Guendica family, plus the latest in awards and honors.

When the Guendica family immigrated to the United States, they brought with them an enduring value that has served them well: the importance of education. Now, seven members of the family have graduated from Northeastern, with one more currently enrolled as an undergraduate.

Maryam Khan (B.A. ’13 Mathematics) has received national attention as co-author of a study published in the journal Public Library of Science. The study, which she participated in while she still was a student at Northeastern, showed that mass killings in the United States show patterns of occurrence. 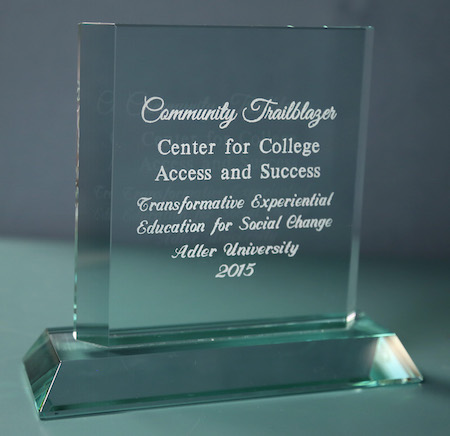 The Adler School of Professional Psychology’s Department of Community Engagement recognized the Center for College Access and Success at its Partner Appreciation Event on June 5. Danny Gordon and Rich Rutschman accepted the Community Trailblazer Award for the Center’s commitment to social change and outstanding mentorship.

A final view from above

Northeastern has unveiled the last in a series of three new videos promoting the University. Shot with a drone camera, the videos provide a unique perspective on Northeastern and the city of Chicago. The third video covers the Carruthers Center. Videos of the Main Campus and El Centro were released in June.

On the heels of last month’s successful event, Northeastern will host another One Stop Enrollment Express on the Main Campus on July 21. Departments from across the University will come together to help students prepare for the fall 2015 semester. Nearly 200 students took advantage of the event in June and now are ready for the fall semester. 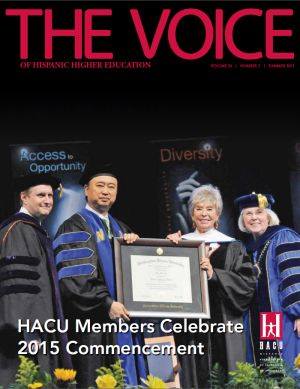 The Voice, the magazine produced by the Hispanic Association of Colleges and Universities, featured an image of Provost and Vice President for Academic Affairs Richard J. Helldobler, Trustee Jin Lee, May 2015 Commencement speaker Rita Moreno and President Sharon Hahs on the cover of its latest edition. The magazine is not yet available online.

Night out in the Parks

Ensemble Español will perform in the Chicago Park District’s Night Out in the Parks event July 16 at Gage Park. The free performance is scheduled for 6:30-7:15 p.m. As the company launches a historic and ambitious schedule of high-profile performances and youth outreach programs, we also take a look at the impressive numbers the Ensemble has compiled over the years.

Remember Rita Moreno’s inspiring May 2015 Commencement speech? Of course you do, and you can see it again! Subscribe to Northeastern's YouTube channel and be notified when new videos are uploaded. Watch the beautiful drone videos to your heart’s content or see Rita Moreno take command of the stage. Then stay tuned for new stories about Northeastern's students, programs, events and more.