Noteworthy at Northeastern: End of an era

With this edition of Noteworthy at Northeastern, we celebrate the legacy and accomplishments of our chief cheerleader with a video tribute and, of course, the week’s very best news from around the University.

Nearly three months after President Sharon Hahs announced her intent to retire at the end of September, the day has come. While she no longer will occupy the second floor of the Jerome M. Sachs Administrative Building, Hahs will remain an important part of Northeastern and its history. The Student Government Association passed a resolution praising Hahs, and the Board of Trustees renamed the Presidents Garden next to the Ronald Williams Library the Sharon K. Hahs Presidential Garden. Leadership now passes to Interim President Richard J. Helldobler, who was appointed to the position in July by unanimous vote of the Board of Trustees.

El Centro has been awarded LEED Gold certification! LEED, or Leadership in Energy and Environmental Design, developed by the U.S. Green Building Council, is the premier green building rating system program for buildings, homes and communities that are designed, constructed, maintained and operated for improved environmental and human health performance. 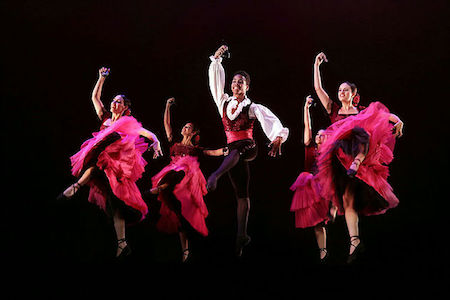 The rumors are true: Spain is in love with the Ensemble Español Spanish Dance Theater. Northeastern’s resident dance company is celebrating its 40th year of bringing traditional Spanish dance to American and international stages. But it wasn’t until August that, for the very first time, the 40-member Ensemble packed up their costumes, shoes and fans and took their love and passion for their art to the stages of Spain. The 40th-year celebration ended Sept. 29 with the grand finale performance at the Auditorium Theatre at Roosevelt University in Chicago. (Above photo by Maria Alperi.) 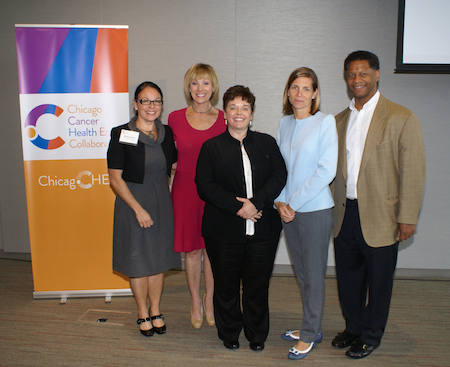 Six separate research projects into cancer health in Chicago's underserved communities have been funded in the past year, the Chicago Cancer Health Equity Collaborative (ChicagoCHEC) announced at its First Annual Community Report and Symposium. The studies address disparities ranging from breast cancer among Hispanic women to prostate cancer in the African-American community. Led by researchers from Northeastern Illinois University, Robert H. Lurie Comprehensive Cancer Center of Northwestern University, and the University of Illinois at Chicago, ChicagoCHEC is a groundbreaking collaborative that fosters meaningful cancer research, education, training and outreach within the city’s underserved communities. It is supported by a five-year, $17.4 million grant from the National Cancer Institute.

A focus on violence

Just a few weeks after appearing on the PBS program “NewsHour” to talk about Chicago violence, Associate Professor of Educational Inquiry and Curriculum Studies Lance Williams is back in the news—this time in an article for Slate. Williams specifically addressed the strategy of going after gang leaders. “It’s like cutting the head off a snake—you leave the body in disarray and everyone begins to scramble for control over these small little areas,” he said. “And that’s where you get a lot of the violence, because the order is no longer there.”

Ensemble Español gave a brief preview of its Sept. 29 “Flamenco Passion” performance on WCIU’s “You & Me” morning show. The Chicago Reader and the Daily Herald also listed the Sept. 29 on its recommendations for the week.

Northeastern will host four #EarlyFAFSA Completion Challenge events at three of its locations around Chicago, beginning Oct. 1 at El Centro. The Carruthers Center will host events on Oct. 5 and Oct. 6. High school students, current students and returning students, as well as their families, are welcome to attend. Under a new timeline, students can now apply for their 2017-18 aid beginning Oct. 1, 2016, using 2015 income data. The Main Campus will host a Completion Challenge event on Oct. 15.