Noteworthy at Northeastern: Awards and rewards

Northeastern Illinois University’s faculty, staff, students and alumni are racking up awards like they’re the Chicago Cubs. Before you tune in to the remaining World Series games, check out the honors and much more!

Chemistry Professor Ana Fraiman has been named Northeastern’s 2016 recipient of the Audrey Reynolds Distinguished Teaching Award. Professor Emerita of Linguistics Audrey Reynolds established the award to be given annually to a tenured member of the Northeastern faculty who best demonstrates distinguished teaching. As the award recipient, Fraiman will receive $5,000 and will give a presentation regarding teaching during the Spring 2017 semester. 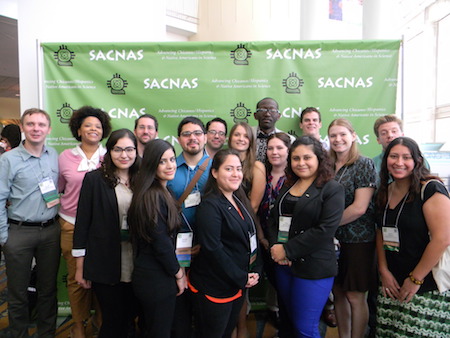 Northeastern will host the 4th Annual Genocide Research Symposium on Nov. 1. Titled “Human Rights and Genocide in Africa and the Diaspora,” the symposium is free and open to the public. Researcher and expert in African genocide Kurt Mills will deliver a speech titled “Impediments to Stopping Atrocities in Africa and Beyond.” Obang Metho, executive director of the Solidarity Movement for a New Ethiopia, will deliver a speech titled “A Journey From the Solitary Darkness of Crimes Against Humanity and Genocide to the Embrace of the ‘Other.’”

As the nation gears up for the General Election on Nov. 8, two Northeastern locations will serve as early voting sites for Chicago residents who want to register or cast their ballots in advance. Early voting is currently underway at El Centro through Nov. 7. Hours for El Centro voting are listed online. Early voting will also be available on the Main Campus in SU-003 from Nov. 2-4. It will be open between 10 a.m. and 5 p.m. during all three days. 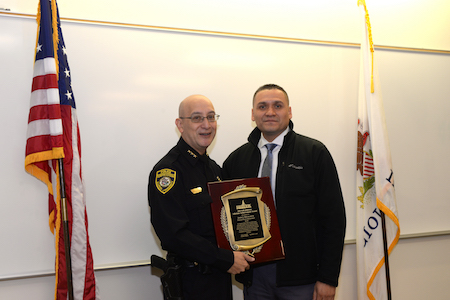 Our Chance to Dance

Ensemble Español Spanish Dance Youth Company will perform in the Our Chance to Dance Youth Festival on Nov. 5 in the Auditorium. The concert program will feature performances by local dance companies ChiArts, Chicago Lights Dance Academy, Kuumba Lynx and Move Me Soul.

What's your pleasure? From music and dance to theater and film, the Arts at NEIU has something for everyone. Follow along on Facebook and Instagram for exciting event listings like the Nov. 18 Jewel Box Series performance by April Verch and the ever-popular holiday ballet The Nutcracker!