Bradley Greenburg is a Shakespearean in the classroom, but what ends up on paper when he sits down to write is decidedly American.

“I don’t write fiction set in the Renaissance period or in England,” said Greenburg, who has been teaching at Northeastern since 2001. (Though his publisher, Sandstone Press, is based in Scotland.) 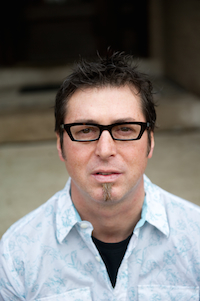 Instead, he penned a father-and-son tale set in the years after the Civil War. It was a labor of love that stretched over eight years of writing, editing and publishing.

“I love learning and reading, and it had always been in the back of my mind to write a novel,” Greenburg said. “And it’s amazing. It’s all the cliches. It’s a dream come true.”

Setting a novel in a specific period of American history has its challenges—specifically, getting the details just right.

“You learn a lot about horses,” Greenburg deadpanned about the painstaking research process.

At least one early review praised the book, and the response among the Northeastern community and the English department in particular has been tremendous, he said.

“Everybody here is supportive,” said Greenburg, who drew 65 people to an on-campus reading on Sept. 4 that coincided with the U.S. release of his book. “This is a department that values creative work, and it always has.”

Greenburg already has finished a draft of his second book, another historical novel based on a criminal gang that terrorized the Midwest in the 1860s, and you know what that means: more research. Not that Greenburg is complaining.

The book is currently available on IndieBound and Amazon.

Here is a description of “When Lilacs Last in the Dooryard Bloomed,” provided by Sandstone Press:

The end of slavery is no guarantee of freedom.

When 12 year old Clayton McGhee journeys north with his parents and grandparents in search of a new life, they must build a homestead with their own labour and defend their right to own land from powerful vested interests and deep rooted prejudice.

Thirty years later, Clayton is still forced to defend his livelihood and his family’s safety from racism and greed. But life is more complex now, as the men of influence in this increasingly mixed community find to their cost.

“When Lilacs Last in the Dooryard Bloomed” charts the massive changes in the United States following the death of Lincoln. It’s also a riveting adventure story about fathers and sons and the difficult moral choices which resound down the generations as America moves haltingly towards freedom and equality.