Northeastern Illinois University ranks seventh in the nation and first in Illinois in a new report on colleges and universities with the lowest rates of property crime and violence associated with property crime. The 100 Most Secure College Campuses 2019 report was released by ASecureLife.com, a company specializing in reviewing and researching the security industry.

ASecureLife focused on public crime data from hundreds of four-year institutions spanning from 2007 through 2017. Northeastern’s ranking stems from the low amount of property crime on campus as well as the number of safety initiatives in place to protect students.

“College is an exciting time and students shouldn’t worry about property crime or dorm break-ins while studying for classes,” said Maru Quevedo, site manager at ASecureLife.com. “Our team wanted to applaud and recognize the colleges that ranked among the top 100 most secure because they stand out and are taking actionable measures to protect students on campus.”

Northeastern’s University Police Department employs more than 20 sworn officers and operates 24 hours a day. It is one of seven college or university police departments to be accredited by the Illinois Law Enforcement Accreditation Program. 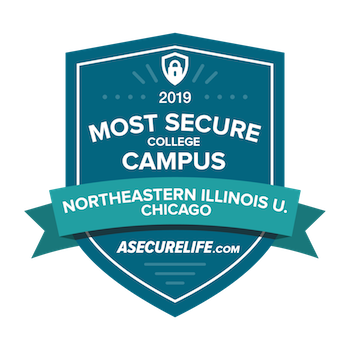