Dunda’s exhibit, “Bystander recalls various incidents with malignant enthusiasm,” will feature paintings that speak to the heroic, yet often futile, human attempts to create, control and endure our natural surroundings.

Narratives of unequal and unbalanced power lead Dunda to depict abstraction of costume and uniform—the hoodie, military uniforms and corporate mascots are alluded to in the imagery of the work.

Dunda serves as an adjunct assistant professor at the School of the Art Institute of Chicago. He teaches contemporary practices, arts administration and policy. 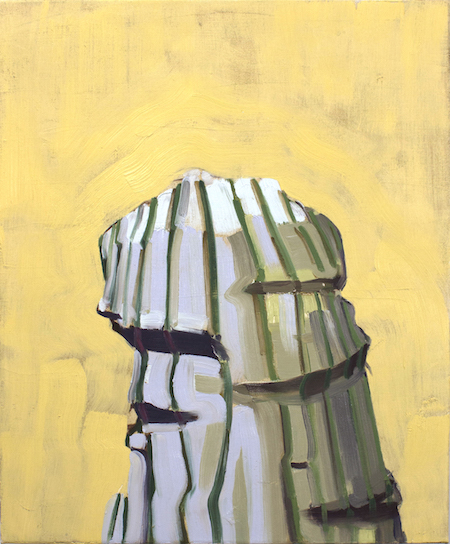