“For the Children? Protecting Innocence in a Carceral State” is published by University of Minnesota Press.

In her opening chapter, Meiners stakes the claim that childhood is a racial category often unavailable to communities of color. According to Meiners, this is glaringly evident in the U.S. criminal justice system, where the differentiation between child and adult often equates to access to stark disparities. What is constructed as child protection often does not benefit many young people or their communities. Placing the child at the heart of the targeted criminalization debate, “For the Children?” considers how perceptions of innocence, the safe child and the future operate in service of the prison industrial complex.

The United States has the largest prison population in the world, with incarceration and policing being key economic tools to maintain white supremacist ideologies. Meiners examines the school-to-prison pipeline and the broader prison industrial complex in the U.S., arguing that unpacking child protection is vital to reducing the nation’s reliance on its criminal justice system as well as building authentic modes of public safety. Rethinking the meanings and beliefs attached to the child represent a significant and intimate thread of the work to dismantle facets of the U.S. carceral state.

Taking an interdisciplinary approach and building from a scholarly and activist platform, “For the Children?” engages fresh questions in the struggle to build sustainable and flourishing worlds without prisons. 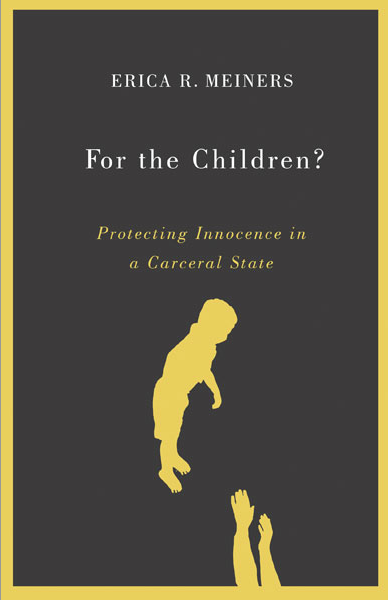