Long before Amanda Goldblatt was an instructor in Northeastern Illinois University’s Department of English, she had an idea for a novel.

“In 2011, my father was diagnosed with cancer,” Goldblatt said. “I needed to find some way to manage or refract my fear of my parent’s mortality and, by extension, my own. I’m lucky that he went into remission quite quickly, within nine months, but at the time I was still left with a deepened awareness of mortality and what it felt like to contemplate losing a parent.”

Through that experience, Goldblatt found the narrator for what eventually became her first novel, “Hard Mouth,” published by Counterpoint Press. The book has drawn local and national attention from the Chicago Tribune, The New York Times and the Chicago Reader, among others.

The book tells the story of Denny, a woman whose father has been battling cancer for 10 years.

“It’s an adventure novel of grief,” Goldblatt said. “She’s unwilling to watch her father die of cancer, so she leaves town—the suburbs of D.C.—and kind of blows up her life and sets up camp in a remote cabin in the mountains and high jinks ensue”

Goldblatt, who has also been published in various journals and literary magazines, has already begun work on her second novel with the support of a grant from the National Endowment for the Arts as a 2018 Creative Writing Fellow. That book is about women, swimming and gentrification in Chicago.

Goldblatt’s personal success furthers her ability to be an effective instructor who wants her students to achieve their goals.

“It’s always been exciting to be a writer among other writers in the classroom,” Goldblatt said. “I think it’s exciting for me at Northeastern to be able to facilitate younger writers not only in their creative projects, which is my primary goal, but to really nurture what they’re interested in and allow them to find value and confidence in their own work and think about how they bring that work out into the world whether they decide to explore self-publishing, work with a small independent press or if they’re interested in a larger corporate press.”

This term, Goldblatt is teaching Creative Writing Fiction I and a new course she developed, Literary Editing.

Last term, Goldblatt taught another new course she developed, Writing/Life. It was an advanced studio in which students worked on long-form, book-length projects and explored ways to participate in the creative writing community as well as how to approach an agent and submit to literary journals.

“I particularly enjoy bringing that kind of information to Northeastern students,” Goldblatt said of the course. “If you’re going to university in New York City, you’re surrounded by published writers and you have access to that information quite easily. In Chicago, even though we have a really wonderful literary community, I think that access is harder to come by.”

That’s all the more reason she shares advice with students who aspire to be writers.

“I think the most important things are to read, pay attention to the world around you, think about how to put what is around you into language and spend time getting to know what excites you as a person and as a writer, what you’re curious about,” Goldblatt said. “Ultimately, as a writer, your most important work will address those big questions or those deep fears and that will animate your language in a way that just writing to write may not. I also want to encourage everyone toward more creative experimentation because it’s surprising. Keep yourself in a creative practice that feels low-stakes enough that you can make mistakes and you can try things and you can learn things about yourself as a writer as a result.”

In addition to the courses she teaches, Goldblatt also serves as an advisor to Seeds and is an organizer of the reading series The 82, along with her Creative Writing colleagues, Olivia Cronk, Larry O. Dean and Christine Simokaitis. She also has several upcoming author events in the Chicago area.

“I love Northeastern students,” Goldblatt said. “I think that being a writing teacher at Northeastern has been one of my favorite experiences as a teacher. I’ve taught writing for almost 11 years now at various institutions, and I feel good about being a part of the community at Northeastern. The writers I encounter here are exciting and driven, and that feels very special to me as an educator.” 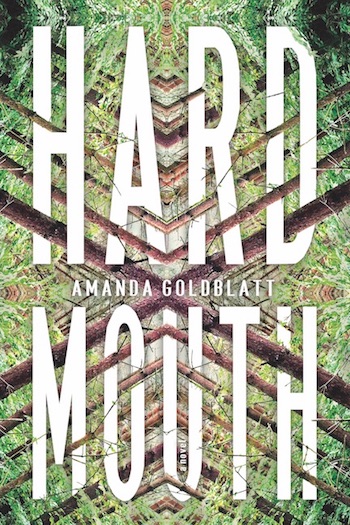