The book, published by Indiana University Press, examines how Russia’s imperial officials and intellectual elites made and maintained their authority among the changing intellectual and political currents in Eurasia from the mid-16th century to the revolution of 1917.

“Threads of Empire” focuses on a region 750 miles east of Moscow known as Bashkiria before 1917 and as Bashkortostan after the collapse of the Soviet Union.

“Bashkiria presents a fascinating case study of empire in all its complexities and of how the tsarist empire’s ideology and categories of rule changed over time,” Steinwedel said.

The region was split nearly evenly between Russian and Turkic language speakers, and included both settled peasants who raised crops and semi-nomadic horse and cattle herders. Ufa province at Bashkiria’s core had the largest Muslim population of any province in the empire. The empire’s leading Muslim official, the mufti, was based there, but the region also hosted a Russian Orthodox bishop. Bashkirs and peasants had different legal status, and powerful Russian Orthodox and Muslim nobles dominated the peasant estate.

By the 20th century, industrial mining and rail commerce gave rise to a class structure of workers and managers.

“[‘Threads of Empire’ is] an original and well-researched study of the incorporation of the Bashkir lands and their transformation into a Russian imperial region over the course of three and a half centuries,” said Willard Sunderland, author of “Taming the Wild Field: Colonization and Empire on the Russian Steppe.” 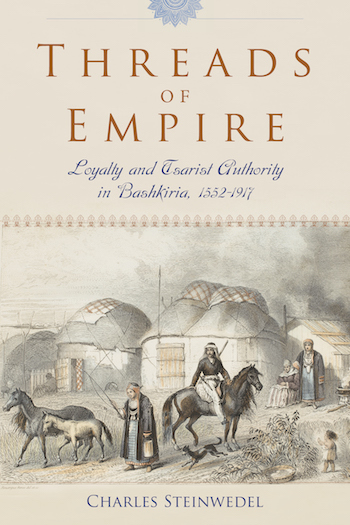