For the 43rd year, the golf event will raise funds to support the Chuck Kane Scholarship Fund for Northeastern students. The event is held annually in memory of former athletic director and golf coach Charles “Chuck” Kane, remembered as a warm and wonderful man who took great pride in his teaching.

Hull, who was known as the “Golden Jet” during his playing days, led the Blackhawks to the 1961 Stanley Cup championship. The following season, he became the first player in NHL history to score 50 goals in a season.

Northeastern alumnus Tom Corfman will be the featured speaker at the event. Corfman, assistant managing editor of Crain’s Chicago Business, directs coverage of government and politics. Corfman graduated from Northeastern in 1973 before earning a master’s degree in literature from Vanderbilt University and a J.D. from DePaul University.

After Chuck Kane’s passing in 1972, his colleagues initiated the golf outing in his memory. Over time, the event has focused not only on sport and leisure, but has also emphasized the values of giving back by providing much-needed scholarships for deserving Northeastern Illinois University students. In total, seven scholarships are funded by the Chuck Kane Scholarship Golf Event, which has raised more than $217,000 to benefit scholarships for more than 135 students.

This year’s golf event includes 18 holes of golf, lunch on the course, Hole-in-One and other contests, cocktail hour after play, and a silent auction and dinner program featuring Tom Corfman. Guests can attend the all-day festivities for $200 per person, golf and lunch for $135 or cocktails and dinner for $75. Visit neiu.edu/kane for more information. 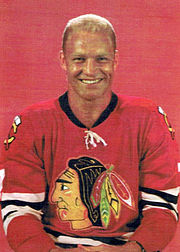