Author, historian and alumnus Richard C. Lindberg chronicles the rich and fascinating history of Northeastern Illinois University from its modest beginnings as the Cook County Normal School in Blue Island, Illinois, in 1867 through its formative years as Chicago Teachers College in the South Side Englewood community in “Northeastern Illinois University: The First 150 Years.” The building of a forward-thinking “Space Age” North Side campus during the height of the Cold War in 1961 and the evolution of the campus into the multicultural institution of higher learning of today that is the modern Northeastern is recounted in Part Two of this definitive, first-ever historical volume with in-depth coverage of the University’s first 150 years.

Through the lens of Chicago history, the author examines the early foundations of universal public education and the struggle to establish teacher training programs in the frontier settlement growing up along the shoreline of Lake Michigan. Unafraid to break with rigid 19th century conventions that had driven teacher education for decades prior, the normal school and its predecessors led the way toward an enlightened era of new and progressive educational philosophy embracing experimentation and innovation. Under the direction of Francis Wayland Parker, one of America’s foremost educators, the normal school adapted a theory of teaching that rejected harsh discipline and the traditional rote memorization of concepts and facts in favor of less formal methods of instruction. The “Science of Education” championed by Parker and his normal school successors revolutionized the education field.

“Northeastern Illinois University: The First 150 Years” traces the hardships and setbacks endured by the college in war and depression when economic despair and the meddling of politicians into academic and financial affairs threatened students and faculty with permanent closure. The story is one of triumph over adversity from the earliest days of its existence “as the little school out on the prairie,” through the crisis of the baby boom years when the demand for teachers outstripped supply, to the decade of student activism and protest and the changing face of Northeastern as it evolved from an exclusive teacher-training college serving graduates of North and Northwest Side Chicago high schools into a broadly defined liberal arts university rich in tradition and welcoming citizens of every ethnicity and economic background to embrace and fulfill its core mission: Learn in the City and Lead in the World.

How to Purchase the Book

Copies of the book are available for purchase on the second floor of the Jerome M. Sachs Administrative Building or in the Alumni Center during normal business hours. The book may be purchased for $35 in cash or by check made out to Northeastern Illinois University.

Richard C. Lindberg is an award-winning author and journalist who has written and published 17 books about Chicago history, politics, criminal justice, sports and ethnicity. In 2012, his personal memoir of growing up in an ethnic Chicago household titled “Whiskey Breakfast: My Swedish Family, My American Life” was named Non-Fiction Book of the Year by the Chicago Writers Association.

An earlier volume of Chicago political history titled “The Gambler King of Clark Street: Michael C. McDonald and the Rise of Chicago’s Democratic Machine” won a Certificate of Excellence from the Illinois State Historical Society in 2010. Most recently Southern Illinois University Press republished in paperback his 2007 true crime volume “Shattered Sense of Innocence: The 1955 Murders of Three Chicago Children,” covering the 40-year quest to bring to justice the parties responsible for the murder of three Northwest Side boys. In October 2015, Rowman & Littlefield published in hardcover his probing look at the history of street gangs in Chicago and their impact upon city neighborhoods titled “Gangland Chicago: Criminality and Lawlessness in the Windy City.”

Over the years Lindberg has appeared as a commentator on numerous television and radio programs of local and national origin including A&E, the History Channel, Investigation Discovery, the Travel Channel and National Public Radio. His column, “Our Past,” appears in Chicagoly Magazine.

Lindberg is a past president of the Society of Midland Authors and the Illinois Academy of Criminology and is a member of the Northeastern Illinois University Alumni Advisory Board. He earned his B.A. in History from Northeastern in 1974 and a master’s in History from the same institution in 1987.

Lindberg’s 1987 graduate thesis for the Department of History, titled “The Impact of Politics, Gambling and Vice Upon the Chicago Police Department: 1855-1920,” was later published in book form as “To Serve and Collect: Chicago Politics and Police Corruption from the Lager Beer Riot to the Summerdale Scandal, 1855-1960” by Southern Illinois University Press. It was the first published volume of its kind to chronicle Chicago police history in 100 years.

Like so many other working-class Northeastern alumni of his generation, Lindberg was the first in his family to attend college and complete a degree. He continues to reside in Chicago with his wife, Denise, a 1973 graduate of Northeastern. 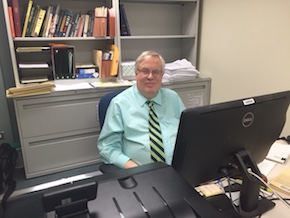