“I am really concerned about the future, specifically related to our young people,” Ali said. “The ammunition to write this book came out of conversations with young people about some of the challenges we face, the apocalyptic nature of our universe, even prior to COVID-19. I was concerned with climate change and how that will impact our youth, the economy and excessive capitalism. I’ve always looked at hip-hop as a way to digest information and make sense of our world to better frame my optimism versus pessimism about how we can challenge and change society.”

Ali, who has taught at Northeastern for 14 years, also has a background as a high school teacher and still works with high school students and instructors. He currently teaches in the Daniel L. Goodwin College of Education’s Urban Community Studies master’s degree program.

“Teaching in the Urban Community Studies program gives me the opportunity to teach educational courses that are urban-centered,” Ali said. “I am able to stress the importance of cultural diversity and making sure that we are compassionate in engaging with youth, particularly those that come from marginalized backgrounds or tend to be challenged academically. I’ve been really blessed in having classroom experience at the high school level for over 20 years and being able to intersect that with my college classes so that I can not only speak to some of the more relevant challenges in education, but also some of the solutions I feel better engage and work to support student development and academic growth.”

Ali grew up listening to hip-hop. The genre helped him develop a framework to become solutions-oriented and socially conscious. Though Ali stated that much of hip-hop today has become co-opted and corporately sponsored, he believes it’s the music’s grassroots nature and history that offer lessons that connect not only with today’s youth, but with the larger American society.

“A component of hip-hop spoke to social justice as a pillar of change to not only transform communities, but to transform people’s minds,” Ali said. “Etched in hip-hop you can see the connection and intersectionality with the 1960s where youth were proactive, engaging and were really empowered to act to bring about transformation.”

One of the book’s chapters deals with the Second Amendment and gun rights. Ali said he feels that chapter, to him, is one of the most appealing and engaging.

“Guns have been a challenge that aren’t just isolated in black and brown communities, but have been problematic throughout history,” Ali said. “We know the history of Aaron Burr shooting Alexander Hamilton over rumors. So, I look at the tragic lessons of 2Pac and Biggie Smalls and see how gun violence impacted not only those families, but sadly, really did a lot to damage the hip-hop world in the ’90s. At the time of their murders, mainstream society thought it was just another drive-by kind of gangster black-on-black murder.”

Ali argues their murders were symptomatic of a larger American societal issue—the concept of “cancel culture” or the idea that unpopular ideas and people can be easily discarded either through a symbolic form of deletion, like removing friends or followers on social media, or the physical removal of someone through the use of a gun.

“When youth have problems with people, what do they do?” Ali said. “They turn to a gun to eliminate the people they think are causing the problem. So, I really tried to show how the lessons in hip-hop, the lessons of Tupac and Biggie really resonate with us as we deal and struggle with gun violence in this country.”

Ali also pointed to the deaths of Malcolm X, Dr. Martin Luther King Jr., Robert Kennedy and Nipsey Hussle to illustrate how gun violence has impacted American politics and modern history. He also pointed to the Parkland Six, six high school students who survived the Marjory Stoneman Douglas High School shooting in Parkland, Fla., to further show that, generally, youth have been at the center of powerful protest movements.

“I think the youth of today have learned lessons from our past and can make a difference,” Ali said. “The Parkland Six, these young people led a powerful protest movement, marched on Capitol Hill to demand gun reform. I don’t think that movement has stopped. If anything, I think it forces us to continue to challenge ourselves on the Second Amendment in order to create a better world in spite of the many challenges we face.”

Ali said his book also references specific songs, like Nas’ “If I Ruled the World,” to explore what the world could look like if people really worked together to promote more positivity over negativity and Public Enemy’s “Fight the Power” to challenge the status quo on policy reform racism and inclusion. He notes that there’s also a heavy focus on education because there needs to be more active recruitment and retention of teachers of color.

“When kids see more teachers of color, it really promotes democracy and strengthens inclusion for students,” Ali said. “Robert Kennedy expressed the idea that the future is not promised, it’s something we have to constantly work toward. Our citizenship, our democracy, are works in progress to ensure we—as a society—are affording opportunities to others who might not otherwise have them. Without diversity of ideas and inclusion of people from various backgrounds we’ll have a more divisive society that won’t be able to effectively communicate and do the things necessary to progress the nation forward.”

Ali’s other books are “Here’s to this Flag of Mine” and “My Schoolhouse is a Ghost Town.” He hopes to incorporate his new book into future classes in Urban Community Studies as well as give a lecture on campus. 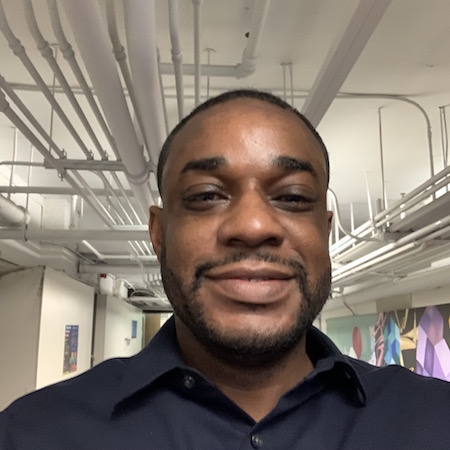 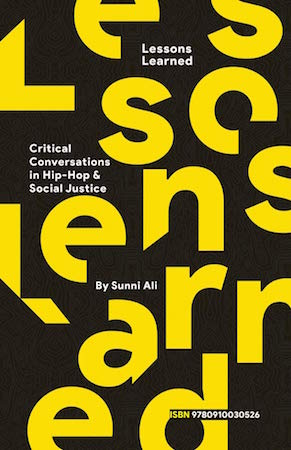