This marks the seventh year in a row that Northeastern has earned the No. 1 spot for students who graduate with the least amount of debt among Midwest regional universities. Northeastern’s 2018 bachelor’s degree graduates borrowed a median of $15,000. The data represent loans taken out by students from the federal government. Private loans, state and local government loans, and loans directly to parents are not included.

“Northeastern Illinois University is proud of all of these rankings because they get right to the core of who we are,” President Gloria J. Gibson said. “Northeastern meets its diverse body of students where they are and empowers them to graduate with minimal debt and an opportunity to make an immediate impact in their careers.”

Northeastern has been on U.S. News & World Report’s list of most diverse universities since 1997, the first year the publication established the category in its “Best Colleges” rankings. The data for the diversity rankings were drawn from each institution’s Fall 2019 undergraduate degree-seeking enrollment numbers. According to U.S. News & World Report, the rankings factored in the proportion of minority students—excluding international students—and the overall mix of groups in each institution’s student body. The groups forming the basis for the calculations were non-Hispanic African-American, Hispanic, American Indian, Pacific Islander/Native Hawaiian, Asian, non-Hispanic white and multiracial (two or more races).

Northeastern’s ethnic diversity reflects the urban environment of Chicago. The largest minority group of students at Northeastern is Latino, and the school was the first four-year public university in the Midwest federally designated as a Hispanic-Serving Institution.

U.S. News & World Report’s economic diversity ranking is a measure of the percentage of students with Pell grants, which are awarded to students from low-income families.

Northeastern was second among Illinois regional public universities in the social mobility ranking, which demonstrates movement up the socioeconomic ladder. 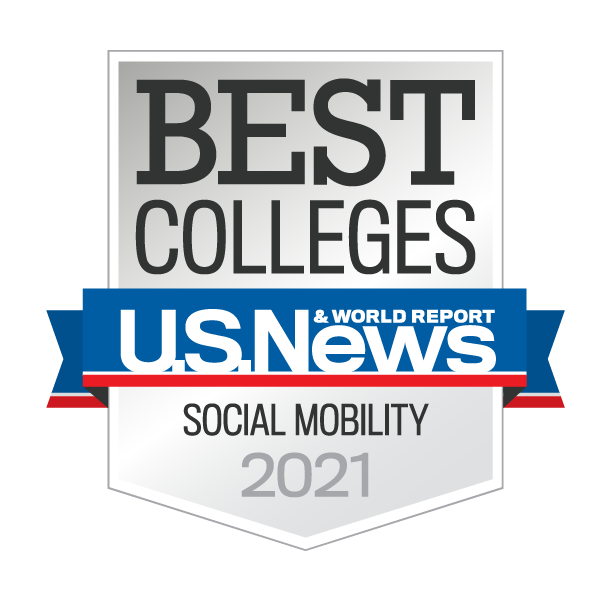