The main page header of this guide is an h1 element. Any header elements may include links, as depicted in the example.

The secondary header above is an h2 element, which may be used for any form of important page-level header. More than one may be used per page. Consider using an h2 unless you need a header level of less importance, or as a sub-header to an existing h2 element.

The header above is an h3 element, which may be used for any form of page-level header which falls below the h2 header in a document hierarchy.

The header above is an h4 element, which may be used for any form of page-level header which falls below the h3 header in a document hierarchy.

The header above is an h5 element, which may be used for any form of page-level header which falls below the h4 header in a document hierarchy.

All paragraphs are wrapped in p tags. Additionally, p elements can be wrapped with a blockquote element if the p element is indeed a quote. Historically, blockquote has been used purely to force indents, but this is now achieved using CSS. Reserve blockquote for quotes.

The ol element denotes an ordered list, and various numbering schemes are available through the CSS (including 1,2,3… a,b,c… i,ii,iii… and so on). Each item requires a surrounding and tag, to denote individual items within the list (as you may have guessed, li stands for list item).

The ul element denotes an unordered list (ie. a list of loose items that don’t require numbering, or a bulleted list). Again, each item requires a surrounding and tag, to denote individual items. Here is an example list showing the constituent parts of the British Isles:

Sometimes we may want each list item to contain block elements, typically a paragraph or two.

There are a number of inline HTML elements you may use anywhere within other elements.

The a element is used to hyperlink text, be that to another page, a named fragment on the current page or any other location on the web.

Example:
Go to the home page or return to the top of this page.

The em element is used to denote text with stressed emphasis, i.e., something you’d pronounce differently. Where italicizing is required for stylistic differentiation, the i element may be preferable.

Example:
You simply must try the negitoro maki!

The strong element is used to denote text with strong importance. Where bolding is used for stylistic differentiation, the b element may be preferable.

The s element is used to represent content that is no longer accurate or relevant. When indicating document edits i.e., marking a span of text as having been removed from a document, use the del element instead.

The cite element is used to represent the title of a work (e.g. a book, essay, poem, song, film, TV show, sculpture, painting, musical, exhibition, etc). This can be a work that is being quoted or referenced in detail (i.e. a citation), or it can just be a work that is mentioned in passing.

The i element is used for text in an alternate voice or mood, or otherwise offset from the normal prose. Examples include taxonomic designations, technical terms, idiomatic phrases from another language, the name of a ship or other spans of text whose typographic presentation is typically italicised.

Example:
There is a certain je ne sais quoi in the air.

The b element is used for text stylistically offset from normal prose without conveying extra importance, such as key words in a document abstract, product names in a review, or other spans of text whose typographic presentation is typically emboldened.

Example:
You enter a small room. Your sword glows brighter. A rat scurries past the corner wall.

Tables should be used when displaying tabular data. The thead, tfoot and tbody elements enable you to group rows within each a table.

If you use these elements, you must use every element. They should appear in this order: thead,tfoot and tbody, so that browsers can render the foot before receiving all the data. You must use these tags within the table element.

This is a button

Rounded images can be aligned left or right. 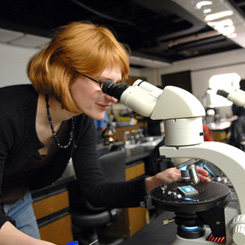