Sara Galván Orozco (b. 1997) is an undocumented immigrant artist. She was born in Mexico City and raised in the city of Chicago. She is double majoring in Studio Art and Latino (a) and Latin American Studies from Northeastern Illinois University. As a DACA student, her artwork reflects the uncertainty she experiences, and it takes a critical view of political, social and cultural issues related to immigration in the United States.

This concept developed as I continued to read about the deaths that were happening in immigration detention centers. This led me to research information about the number of migrants that die crossing borders. The U.S. Border Patrol has recorded 6,915 migrant deaths along the border between fiscal year 1998 and fiscal year 2016, and humanitarian groups, like Border Angels a nonprofit that works with migrant rights and immigration reform, estimate that number is over 10,000 due to unreported migrant deaths. This project is continuing public art sculpture that will serve as a space to acknowledge those who have been impacted by borders and where their stories and memories can be shared.

The monument is made from wood and sits on top of two separate base feet that measure four feet by nine inches individually. The two feet lock into the wall that is eight feet tall and six feet wide. The wall monument is influenced by a portion of the U.S.-Mexico border that I found while I was conducting research for this project. The reproduction of this wall consists of six individual wood columns with four of those being half an inch taller. On the monument, you will find a collage of images and text from community members relating to their experience.

I will continue to collect images, letters, and poems (etc) from community members that have been impacted by migration. Info has been collected through a Google form that can be anonymous, and people are also welcomed to email additional info or images to sgalvano.art@gmail.com if they are comfortable doing so. At the end, a weatherproof clear wood sealer will be used to keep everything together and will be ready for permanent installation. 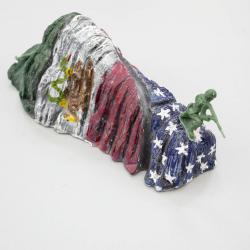 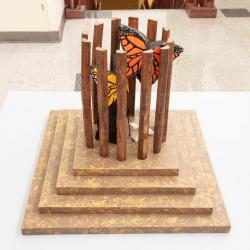 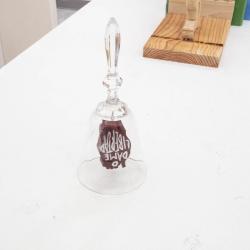 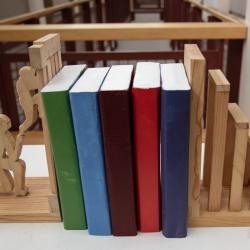 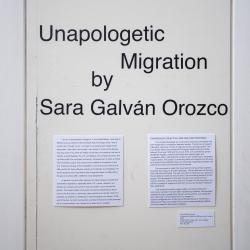 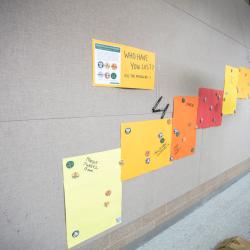 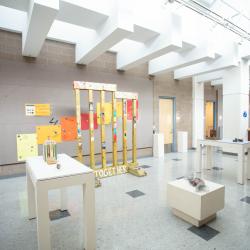 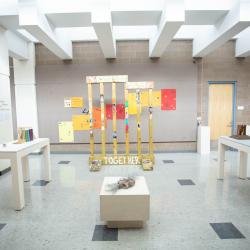 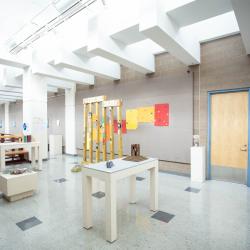 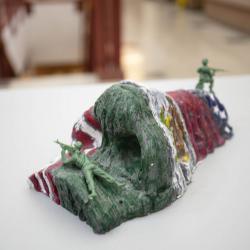 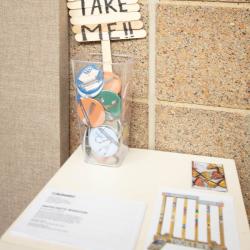 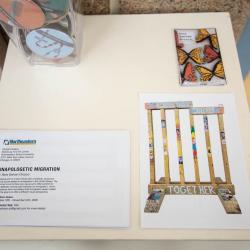 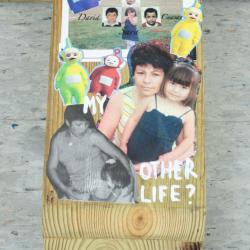 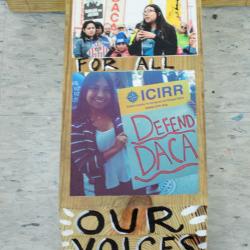 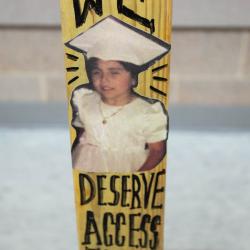 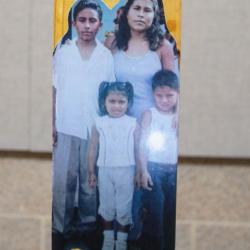 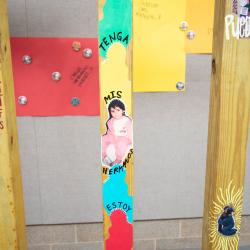 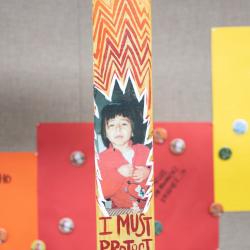 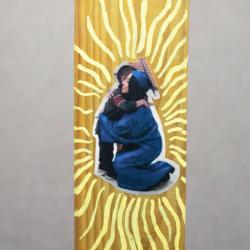 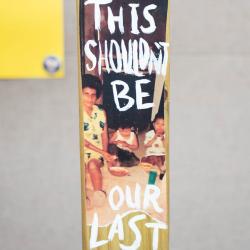 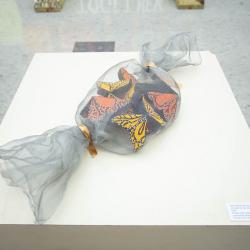