Michael Maura 2020 Solo Exhibition: My country is killing me. Sweet land of liberty, of thee I sing

Michael Maura is a military veteran (Air Force), and attended Daley College and graduated with a Computer Information Science certification. He has been a full-time student at NEIU since 2016, on the Dean's List since 2017, and a McNair Scholar (class of 2018). During the summer of 2018 he wrote a research paper titled “A Qualitative Investigation: How a Culturally Responsive Curriculum Advances Afrofuturism.” His painting “Mother Africa” was selected and printed in the 2018 “Seeds” publication, and won “Best in Show” at the 2019 Juried Art Exhibition. He was awarded the Art and Science Scholarship in 2019, and the Art Merit Scholarship in 2020. He came back to NEIU to be inspired and to help young people succeed academically through mentorship. He wants to learn more in order to help more. He has a gift to share.

"My country is killing me. Sweet land of liberty, of thee I sing."
(Samuel Francis Smith, America, 1831 parody)

We ignore what we see in front of us because it is easier to be noncommittal than controversial. Artists have the ability to voice our thoughts through art with the intent to provoke conversation. I create art that deals with the current practice of violence and bias directed against people of color. I use my art to frame an agenda that questions policies that allow people to be shot down in the street. There are no clear answers to our problems. I believe it is my moral obligation to provide a reminder that gives light to our issues.

Art should deliver a message. The message should be as diverse as we are and, if necessary, confrontational. I work in ink, paint or markers on paper or canvas to create two-dimensional images. I use clay to create my three-dimensional forms. My pointillism and stippling technique gives my work the appearance of texture and segmentation. Through my art I hope to begin dialogue that will redirect the systematic annihilation of Black people in America.

My senior show is titled “Fight the Power.” My show is an extension of my belief that in this country there are deficiencies that need to be addressed. The founding fathers built an empire that reflected their own image. The Declaration of Independence was not a document that embraced all Americans. What was established in writing was a resolution to keep this country in the hands and control of a select few. “Power tends to corrupt. Absolute power corrupts absolutely.”

I chose images in my paintings that represent the fight for civil rights through civil disobedience. My historical references reflect our country's past. There were boycotts, sit-ins, and marches for freedom. In my sculpture I echo the Rastafarian narrative that a savior is coming. My fresco/relief is a look back at the African resistance and participation in the inhumane act of slavery. As I moved/marched forward to today's current situation, I chose to bring attention to the activism of Colin Kaepernick and the Black Lives Matter movement. Edward Kennedy said in a speech at his brother Robert’s funeral. “Some men see things as they are and say why. I dream things that never were and say why not.” Activism is power and power should rest in the hands of the people. All the people. 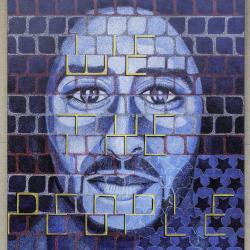 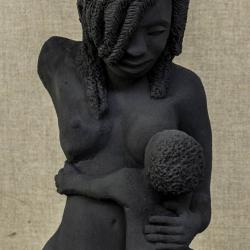 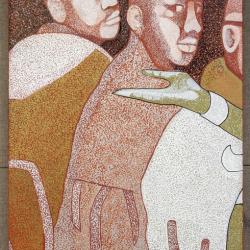 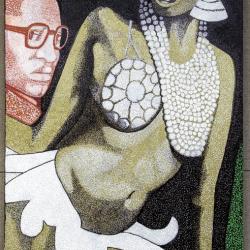 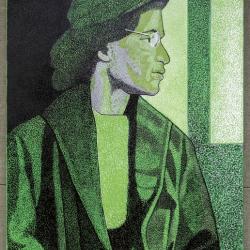 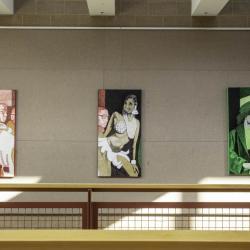 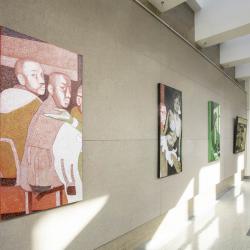 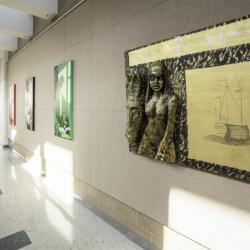 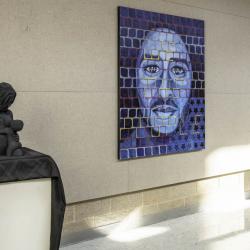 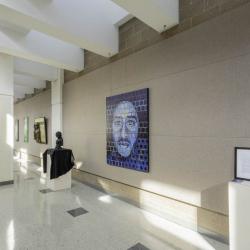 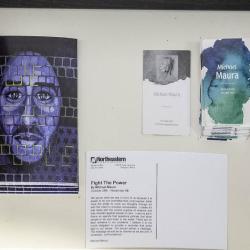